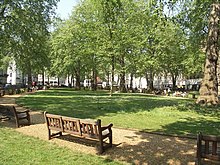 Emma waded through the sea of wet mackintoshes crowding the halls of Liverpool Street Station, swearing as yet another black umbrella poked her shins and laddered her tights. A downpour drove rush hour commuters underground, and this dreary November afternoon brought out the gloom in everyone. Just by platform 12, under the station clock, her favourite bench beckoned. With a sigh she sat down and tucked her feet under her, so no other bowler-hatted businessman would stamp on them with his shiny guardsman’s shoes.
The elderly lady gathered her dark green wool coat around her, and edged slightly away from Emma, relinquishing part of her precious seat in the crowded station. They were old compatriots, sharing the bench since August, when Emma had landed her prestigious job in the City. Only they’d never really spoken, just united in a space and time that had become familiar over the months. And only on Mondays. Every other day of the week, the bench was empty. 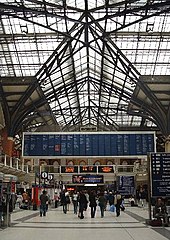 “Nice weather for ducks,” Emma volunteered. She glanced at her watch and up at the station board. As usual, trains to Colchester were running late again. She couldn’t wait for the day she moved into a flat-share in town with her friends. Just needed to earn a bit more money to afford the rent.
“Hmm.”
“Did you hear the announcement? All the trains to Colchester are running an hour late.”
“I’m in no hurry.” The woman’s voice was pleasant, a refined London accent. “I have to wait here until seven, anyway.”
Emma turned and looked at her more closely. She hadn’t shared this much in three months. Her neighbour’s face was lined, her gray hair curling in a short sensible cut. But her eyes were a beautiful soft gray, and her mouth curved upwards under an application of red lipstick. A cheerful little enameled robin brooch sparkled on her lapel.
“Why? There are trains that leave sooner than seven. Even on a day like this.” Emma glanced at the woman’s hands. They were arthritic, but elegant. A plain gold wedding band was embedded on her ring finger, the knuckle too swollen for it to be removed.
The lady kept silent.
“Would you like a cuppa?” Emma didn’t expect to say that, but as soon as the words were out, the offer sounded right. She stood up before the woman could refuse. “Look after my briefcase; I’ll be back in a sec.”
When she returned bearing two steaming cups of British Rail tea, the woman had stayed exactly in the same place.
“Sugar?”
“No, thank you. This is very kind of you.” 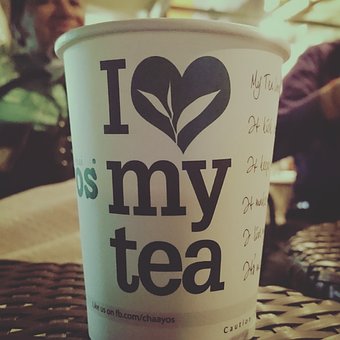 They sipped their tea in silence, the commuters flowing around them, the unintelligible announcements echoing through the vaulted glass roofs, startling the pigeons into a clatter.
Emma’s curiosity got the better of her manners. “Do you live close by? Do you have a long journey home?”
“Not far.”
“And I only see you on Mondays.”
“That’s right.” She sipped, her lipstick leaving a red kiss on the white paper cup.
Another announcement, another hour’s delay. Emma sighed. At this rate she would not be home before nine. “Well, I can keep you company at least. My train’s delayed another hour.”
“That would be nice.” The woman replied softly. “Thank you for treating me to the tea.”
Emma leaned back against the hard slats of the bench. Above the rumbles of the increasingly grumpy crowd tinkled the unexpected notes of a piano. They both looked toward the café at Platform Eleven. The piano had sat there for a month, part of a hip art installation. Emma had never seen the lid opened, let alone anyone play it.
A poignant melody broke through the shuffling of feet.
The woman hummed a little under her breath. Emma did not recognize the song, but it had a vintage feel to it, perhaps from the thirties or forties.
“…and through foggy London town the sun was shining…” The woman softly sang the last few words as the song ended. 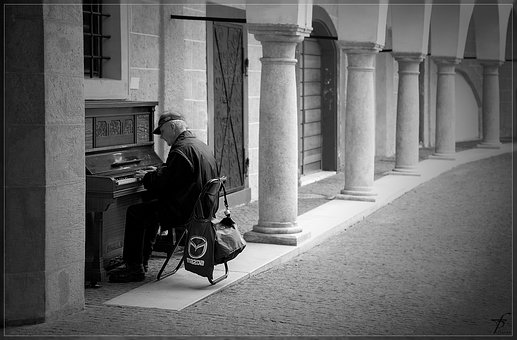 Scattered applause rose from those commuters who had stopped. Emma craned her neck to see who sat at the piano, but the wall of gray and black raincoats blocked her sight. The music started again.
“Lovely playing.” Emma remarked. “These sound like songs my grandmother used to sing.”
The woman smiled. “That would be about right.”
Another melody drifted across the platform. This time, the woman joined in after the first few notes. “We’ll meet again…”
Emma listened as she harmonized, word perfect to every note. “Did you sing them, too?”
“We all did. Any bit of fun we grasped with both hands. The war did that to us. Music helped us through the days. We forget to be frightened.”
“Did you live in London through the Blitz?”
“I did. Married at St. George’s Church by Berkeley Square in 1940. To a Spitfire pilot. We stayed up all night and danced at the Ritz, before the bombs fell.”
The woman turned in her seat and looked up at the clock. It was just a few minutes before 7. She opened  her black leather handbag and drew out a silver compact. Clicking open the case she carefully powdered her nose and drew a lipstick across her lips. Emma had guessed right.  Vintage Revlon. Catching Emma watching her, the woman gave her a smile, lighting up her eyes.
“Have to look my best,” she said shyly. “He might come today. We promised Mondays. At Liverpool Street Station, under the clock. At seven. In case we lost touch.”
“Who?” asked Emma, intrigued. “Who might come?”
The woman shook her head and looked at the clock again. Together they watched the hand journeying around the blank white face, ticking off each number as it passed. One minute to seven. Seven. One minute past seven. Emma held her breath, although she didn’t know why.
At ten past the hour, the woman carefully pulled on black calfskin gloves and placed her handbag over her arm.
“It was lovely talking to you,” she said. “Thank you again for the tea.”
“Until next week,” replied Emma. “I’ll see you next week.”
The woman ducked her head, but did not answer. She walked towards the Liverpool Street exit, stopping to speak to the pianist. He smiled up at her and nodded. She left. 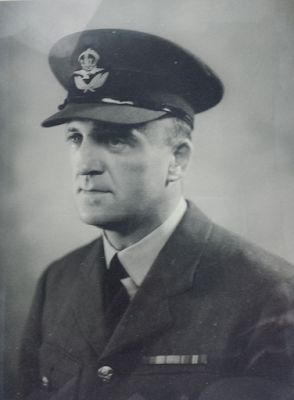 As Emma drank the last of her tea, a man approached, walking purposefully towards her. He stood in front of the bench, looked up at the clock, and then down at the vacant bench again. His handsome face crumpled. She glimpsed a Royal Air Force uniform under his great coat.
“Were you looking for someone?” she asked. His expression seemed desperately sad. He looked right at her but did not answer. “She was here, but just left. You might catch her if you hurry.”
He looked at the clock again, and around the station hall. Turning up the collar of his coat, he put his hands deep in his pockets and walked away.
“Wait,” Emma called, but he did not turn.
The piano grew louder, for the crowd had now melted away. The trains were running again. Only a handful of people remained, elderly, their voices mingling with the rippling notes.
Emma picked up her briefcase and walked past the instrument to her train. As she did, the refrain caught her ears. Berkeley Square. Where the woman said she had married. An Air Force pilot. Before the bombs.
From high in the shining glass eaves of the vaulted station roof echoed the most beautiful bird song she had ever heard.
And then fell silent. 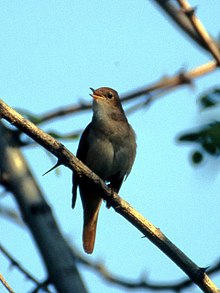 A Nightingale Sang In Berkeley Square

That night in Berkeley square. 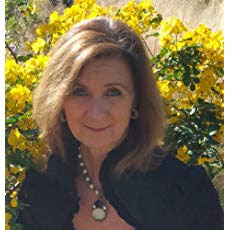 Elizabeth St.John spends her time between California, England, and the past. A best-selling author, historian and genealogist, she has tracked down family papers and residences from Lydiard Park and Nottingham Castle to Richmond Palace and the Tower of London to inspire her novels. Although the family sold a few country homes along the way (it's hard to keep a good castle going these days), Elizabeth's family still occupy them - in the form of portraits, memoirs, and gardens that carry their imprint. And the occasional ghost. But that's a different story...