Memories by Paul Marriner - A Story Inspired By A Song 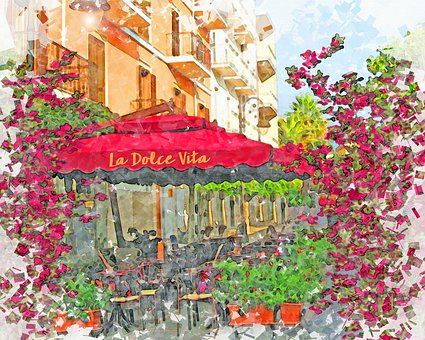 The run-down café bordered a road leading out of the village – that the road also led into the village hadn’t helped. The peeling paintwork and tired furniture told a tale, but the sun-faded adverts had their own charm, exaggerated by the two old men sitting at one of the outside tables drinking coffee. Together it was enough to entice the man to usher his wife and child across the road. They took a table, with umbrella, and did not have to wait long before the owner came out, his welcome friendly if not as natural as might be expected after all these years.
The man fussed with the child and paid his wife less attention than she deserved until she removed her hat and shook her hair loose. She acted with child-like innocence and it was unlikely that she wished to draw attention to herself. However, she did and now, as if having just woken, surveyed the scene around her, talking excitedly, praising minor details and asking impossible questions. The husband forgot the child to watch her and listen. He laughed gently, enjoying her enthusiasm until the slow, warm breeze carried to him the smell of a remembered summer from a few years past and of a hotel room. The balcony doors were open but the blind was half-closed. The sun threw a shadow of lines across her body as she lay on the bed beside him. An occasional breeze brought relief to the room's warmth and the only sounds were a bird singing and her breathing. He tried to recollect details and lost the atmosphere but remembered the impression she had made on him during those early days, and knowing that he could still recognise her pleased him. 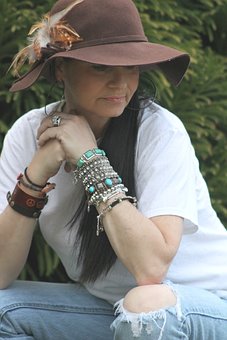 He leant over to squeeze her hand. She was surprised and looked at him expecting to see a smile. Instead, he was serious but his eyes were warm. He turned, letting her see him gaze at the child. He was amazed at how beautiful were both his wife and daughter and how much he loved them. He hoped she would see it in his face as he didn't have the words.
She might have misread his eyes and, underneath the table, her long, light brown leg stroked his foot.
Their food arrived and they ate in silence apart from encouragement to the child. Eventually, having resisted as long as possible, she asked if the food was good and he nodded his head unenthusiastically. She knew he was lying. He had lied the first time they had met. He was a student and once a month treated himself to a decent meal; she was a waitress in the restaurant. Most of the time he ate from cans in his tatty bedsit on the campus but, once a month, went to Ristorante Beletto. He would order the cheapest thing on the menu and make it last all night. She always made a point of serving him. He didn't notice her for the first couple of months until the night she asked how his food was. It was dreadful, cold and tasteless, but he was a poor student and didn't like to make a fuss. He lied to her and said it was good but she knew.
When he went back the next month he left her the most generous tip he could and she knew, even though it was only a pittance. The next month he tried to speak to her but was too nervous and by this time he was due to leave for the holidays. But on the last night he went to the restaurant and waited outside until closing time. As she walked out the door he forced himself to speak. He said he looked forward to seeing her next semester. She understood how much it had taken for him to say that and as he turned away and left her standing in the street she waved once and almost skipped home, anxious for the holidays to be over.
When he returned she made sure the soup was hot and gently pressed against his arm as she served. As he paid the bill she told him she looked forward to seeing him again and, as casually as he knew how, he asked her name and which was her night off. The next month he asked if she might like to go to the theatre on Thursday. She was free, of course, but would rather not go to the theatre, it was expensive, though she didn't say. Instead, would he like to visit her at home for dinner?
He knocked on the door to the flat after being let into the building by the suspicious concierge. The furniture was basic. A table was laid and the smell of baked fish drifted from behind the curtain separating the kitchenette from the one room which served as dining, lounge and bedroom. He wore his very best clothes, not quite a suit but you had to look twice to see the trousers and jacket didn't match. She wore a simple white cotton blouse and dark blue linen skirt, partly covered by her pinafore. She was not slim but shapely and moved confidently, lightly.
She took his jacket and left him while she checked the vegetables. He looked around the room. There were no pictures or ornaments and although it was comfortable it was not homely. Still, it was better than his bed-sit and much cleaner. She brought through a steaming serving platter with a whole trout laying on its side, watching them. The platter was laid on the table, followed by the vegetables and as each pot was placed he nodded and murmured loudly to show his appreciation. She served vegetables for both of them and he watched her, no longer caring that she would notice. Her cheeks were flushed. Her long, full hair was tied back in a tight ponytail and he could see her face clearly - bright, wide eyes and full lips. She picked up her sharpest kitchen knife - the only sharp knife she had. The vegetables steamed on their plates, waiting for the fish. But the trout lay there, also waiting. She looked from him to the fish and back again. Like the fish, he waited. She passed the knife from hand to hand then asked, did he know how to serve it? She explained that the chef at the restaurant had told her how to cook it but not how to serve. She said this without embarrassment and with an equal lack of embarrassment he replied that he'd never been this close to a trout before, much less eaten one.
They agreed that as neither knew the right way, they wouldn't stand on ceremony and proceeded to butcher the beautifully presented trout.

The next night he walked her home and the night after the chef asked him to wait inside. The following Thursday they did not eat dinner but sat and held hands and looked at each other. A week later they made love for the first time and he was tender and slow until just the right moment and she was able to lose herself. 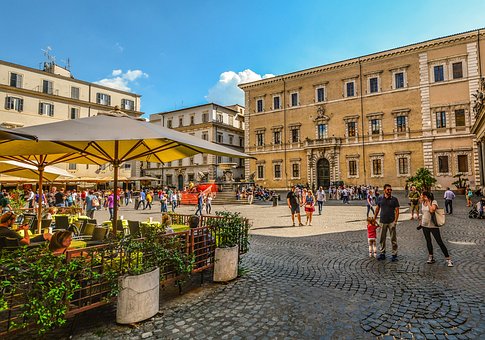 The memory faded and she was again sitting outside the cafe, finishing the meal.

The child had eaten well and the husband watched her as she praised the child. As she fussed she seemed to him to shine and he knew that he would die for them and such a simple, direct truth brought such a clear purpose he hoped she knew he was close to tears. She knew.

A donkey pulled cart rattled on the cobbles and the child ran alongside. The parents walked behind slowly to let each other know they wanted the moment to continue. Side by side they strolled and, even though he held her so tightly that it was uncomfortable for them both, neither complained. 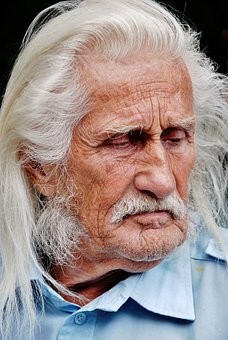 The old men watched them go, one of them with tears in his eyes. Remembering.
'We had our times, didn’t we? We knew our women and kept them safe, didn’t we?’
‘Yes. And more – they knew us too.’
‘But those times are gone.’
‘In the past, but not gone. They are still with us and part of us. Be glad.’ He smiled easily because it was true.


Did you guess the song title?

Scenes From An Italian Restaurant by Billy Joel

Paul grew up in a west London suburb and now lives in Berkshire with his wife and two children. He is passionate about music, sport and, most of all, writing, on which he now concentrates full-time. Paul has written four novels and his primary literary ambition is that you enjoy reading them while he is hard at work on the next one (but still finding time to play drums with Redlands and Rags 2 Riches).


Note: There is copyright legislation for song lyrics
but no copyright in names, titles or ideas