Frozen by Annie Whitehead - A Story Inspired By A Song 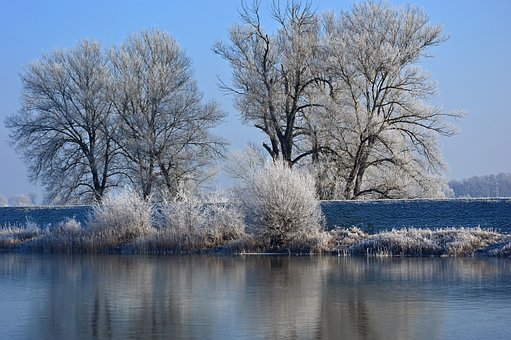 He came to me when the haze shone white upon the water, dazzling with bright summer radiance. Damsel flies hovered iridescent, gliding in their dance then darting away when a perch broke the surface. At first I did not see him, after staring so long at the brightness, and had to blink to lose the blinding after-image.
All but falling off his horse, he slumped forward over the pommel and one arm dangled, a trail of blood snaking down his forearm and pooling on the parched grass. I stood up and stepped forward, hoping that he was still conscious, for a dead weight would be too much for me to drag from the saddle. He was, thankfully, awake enough to ease his feet from the stirrups and, bending my knees to support my back, I was able with his help to slide him to the ground.
As he lay on his back, eyes closed and chest heaving, I took a brief survey. There were no tell-tale dark patches on his torso, nothing to suggest his vitals were damaged. With the lightest touch I could muster, I rolled up his sleeve to try to locate the source of the bleeding and found a wound, serious but not deadly, halfway between the elbow and shoulder. His lack of strength was due merely to exhaustion, not hurt. I helped him inside the house, cleaned the injury as best I could with some of father’s wine - a better use for it than drinking the vinegary stuff -  and packed the wound with moss. That night, he told me his story.
The next night, I told him mine.

And so I learned that he had fought with his younger brother because he had inherited all of their father’s lands, while I explained that I lived alone on my father’s estate because he always suspected I was not his child – blonde and small in a family of brown-haired giants – but could not prove it. My skills with herbs and simples made me valuable to him, but my stepsister now ruled in my father’s hall.
Ours were tales as old as time. He was not the first man to be hated by his brother, and I was not the first woman to be rejected by her family. Yet that didn’t mean it couldn’t hurt. We all bleed, but not always on the outside. He had wounds which took far longer to heal, and so did I.
And so we clung to each other. 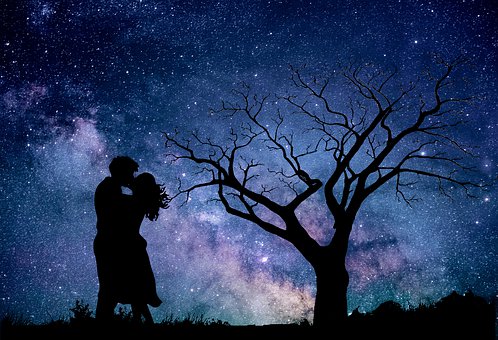 Not at first. At first it was tentative. Bathing his wound one morning, I let my fingertips work a trail down his forearm. His other hand stopped mine, but then his hand curled round my palm and he lifted my fingers to his lips, holding them there for a brief moment.
“Thank you,” he said. And I remember thinking then that it was no more than gratitude. I should not have listened to myself, yet the gnawing thought burrowed into my brain and lodged there.
Even so, I was lost. Lost in the way his cheeky smile made his top lip disappear, lost in the warm smell of his soft brown hair, in the laugh that was light, boyish, a giggle which enchanted and excited me.
He helped me prepare herbs, and often his hand would cover mine as we chopped and sliced. I grew courageous and, laying down my knife turned into him, put my arms around his neck and hugged him, as if I could draw strength, nay, immortality, from the warmth of his body. They call it ‘falling’ in love. No, I plummeted.
But always, the little thought persisted. 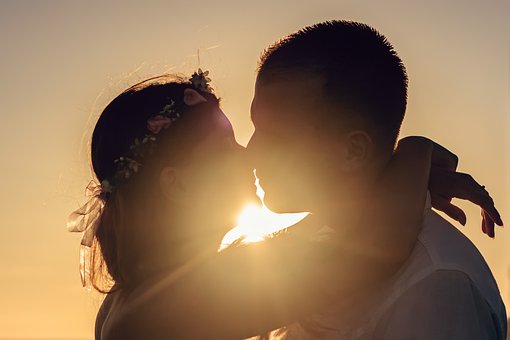 We sat by the water’s edge, under the shade of the willow. Drawn together by grief and illness, we spoke few words, our breathing synchronising. I laid my head against his chest and savoured the tiny undulation of his beating heart, strong, rhythmic, calm.
I told him how this hurrying water sometimes loses its own heartbeat in the winter, its very essence caught in ice. “In really cold years, we used to tie planks to our shoes and skid over it.”
“No!”
“Yes, really. We came home covered in bruises, and once the ice cracked and my leg got stuck. See, I have the scars.” I hitched up my skirts. His presence had somehow made me bold, and I showed him the ugly criss-cross of white tissue which now laces my shin, knee and thigh.
“You got that from skating on the ice?”
“I did.”
He did not believe me.
He whispered, “My love” and I so wanted to believe him.
But my father’s words came into my head, louder, triumphing over the tenderness, a harsh call which soured the warm breath that blew gently from my love’s mouth. “You are worthless. I will never find a husband for you.”
And yet, against all laws and expectations, this similarly broken man shared my house with me all summer. His arm healed. We swam naked in the water. Selfish, my silent tormentor scolded me. Wanton, it scoffed. But I had been cast out, so what did it matter? Yet it did matter, to him. Or rather, his predicament mattered to me. I was keeping him from his family, his inheritance, his life. 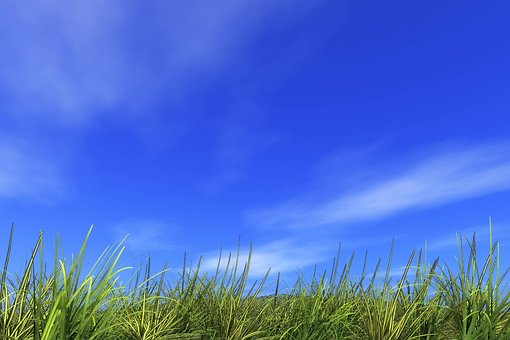 There is a tiny moment of one day that I will remember all my life. We were lying on the grass, panting from the exertion of racing each other to the far bank and back, when he propped himself up on one elbow and laid a trail of kisses along my scars. The breeze was cool on my wet skin yet we both knew I was not shivering from the cold.
The sun burned our bodies, and the fresh summer air had healed not only his wound but his spirit. Now, surely, he would leave, now he’d seen what I truly was? Could I ever trust, and be happy? Or would I fear always that one day he would leave, disgusted? By-blow, marked, hideous…Could another human truly love me, and was I even worthy? More, could I be the person who ensured that the rift with his family never mended? 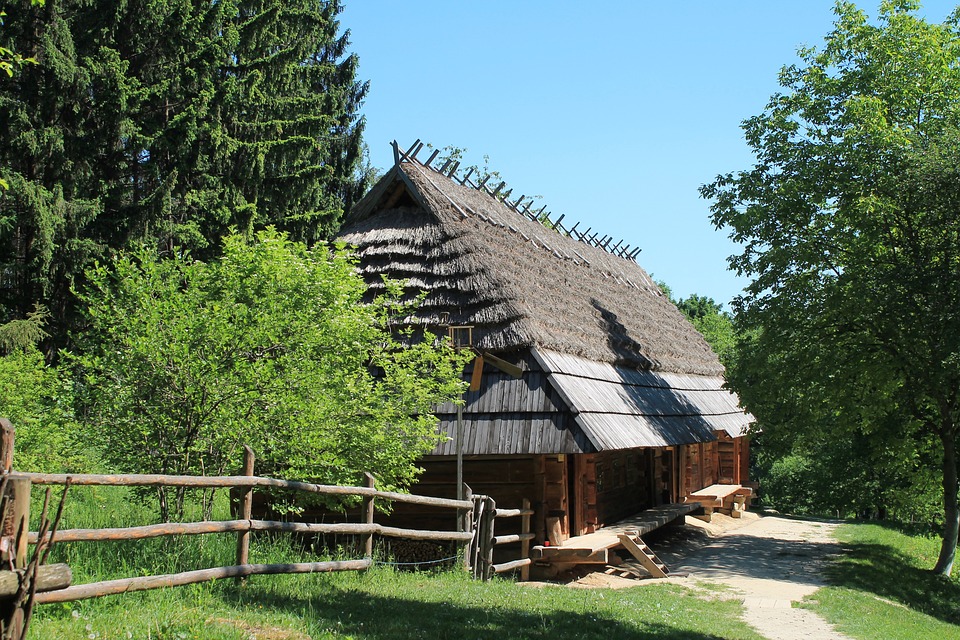 One day my stepsister came down to the cottage. She did not even try to hide her disgust, her brow furrowing and her mouth down-turned. Ugly, I knew she was thinking. “Father has found you a husband, can you believe it?” The shake of her pretty head told me that she did not.
And I knew then what I had to do.
The light began to turn from white to yellow and the trees wrapped themselves in their red and golden cloaks. Soon they would disrobe completely and the ground would render itself too cold for barefoot dances. “Go back to your family,” I told him.
He looked at me, head to one side like a faithful hound that does not understand why it is being sent from the hearth.
My prospective husband turned out to be a trader from the southern continent. He had won my father over with soft exotic fruits and spices and the glint of cold hard coin. He cared not whether I was my mother’s bastard lovechild, and he seemed to like my colouring. I would be a novelty among his people, a prize to be paraded. I would be miserable forever, I knew, but my love would be happy, at home, with his land, and a worthy wife. And I, I would never have the worry of being rejected. 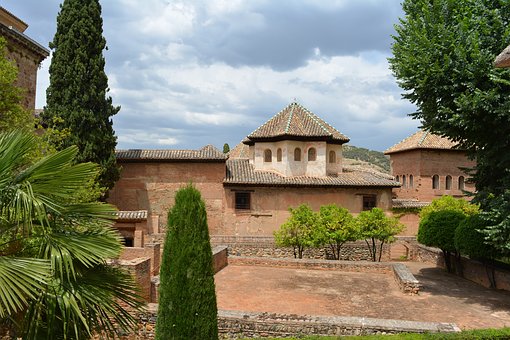 Now I live in a palace so grand that my stepsister would swoon in envy to see it. The walls are bleached by the blistering sun and I must stay in the shade or wilt like a sun-scorched rose. It was not until the day our ship departed that a message came. He had tried to do the right thing, had gone back to his family, to his lands. But love had been the louder call, and he had told his brother he could have it all. His letter said he would be back at my waterside cottage before Michaelmas. But I was bound now, and had no choice but to set sail, loaded onto the ship with all the other purchases from my father’s stores.
The seasons do not change here. The sweet pungency of the orange blossom already fills the space between ground and rooftop, so cloying that at times I fear I will not find a clear space of air to breathe. At home they will soon be pulling the yule log across from the woods, and nailing evergreens to the mantel and around the doorframes. The water outside my cottage might even be frozen.
Here, there is no waterway for miles. Here, it does not snow. I lift my hand to shield my eyes as I scan the horizon. The jangle of my golden bangles and the re-tre-tre-tre-tre-cheeche-tre-tre-tre of the Barbary Partridges puncture the silence. I can hear no lapping of water tickling the edges of the land as it flows by. There will be no frost, no crispness to the morning air that robs breath, returning it in visible clouds. And my love, the love I pushed away, will warm himself by the fire instead of in my arms.
I was a fool. If only I could stand by that frozen river now, I would throw away all this clanging gold, tie planks to my shoes and make my way to his door. 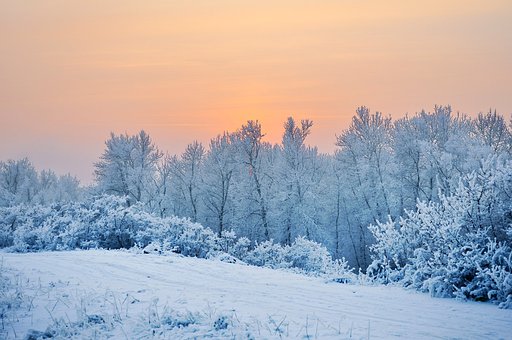 Annie is an author and historian, a member of the Royal Historical Society and of the Historical Writers’ Association. Her first novel, To Be A Queen, chronicles the life of Æthelflæd, Lady of the Mercians, who ruled a country in all but name, and her second, Alvar the Kingmaker, tells the story of Earl Alvar, who served King Edgar and his son Æthelred the Unready who were both embroiled in murderous scandals. Her third novel, Cometh the Hour, charts the life of King Penda. She was a contributor to the anthology 1066 Turned Upside Down. She is the recipient of various awards for her novels and has also won awards for her nonfiction essays. She won the inaugural HWA Dorothy Dunnett Short Story Competition. Her first full-length nonfiction book, Mercia: The Rise and Fall of a Kingdom was published by Amberley Books in Sep 2018 and a new book, about Anglo-Saxon women, will be published by Pen & Sword Books in 2020.