A Story Inspired By A Song by J.G. Harlond

“We can live off the land here.”
“On what?”
“Look down at your feet, dandelion, rocket, lamb's leaf lettuce. Look up. Blackberries. There'll be other fruits in spring and summer. Apples, strawberries.”
“You want to turn me into a new-age hippy?”
Laura laughed. “No. People shouldn't try to change people. We are what we are. I'm just saying it would be a good place to live.” She spoke without thinking. Because she knew it to be true. Because she had lived here before.
Dan looked at her hard, his eyes narrowed, sensing something. “Would you like that? To live here? A million miles from your gossipy friends and designer handbags?”
“Yes,” Laura said. Living by the water, watching the sunset from her small window before going to bed; watching the summer sun rise before she put the bread in the oven . . . The croft was dilapidated now, it would need repairs inside and out but it would keep them warm in winter . . . She peered over the gate, nobody had lived here in a long time, dog roses had crept up around the door.
“All right then. Suits me,” Dan said. “We can give it a go.”

They rented the cottage, still owned by the local inn, and created a market garden and watched the golden sunsets together from the porch on dry evenings. As mist rolled in off the sea one evening, Dan put his arm around Laura's shoulders, “Thank you,” he said. She thought her heart would burst.
First they had a puppy, a spaniel crossed with something wild and local. They called her Ginger. Then a collie with a broken paw called Scout. Then a daughter named Alba for Scotland and a son named Gregor for Laura’s other, secret, son. Dan’s parents came and talked of good schools; that children needed playmates. Laura's parents left a large empty case 'by accident' behind the sofa bed.
“They're getting too old to sleep like this,” Laura said when Dan commented on their hints.
“Yeah,” he sighed, “me too.” He turned away from her. “I'm meeting a guy at the pub about a rotovator. It's a sort of mechanical hand plough.”
Laura knew what a rotavator was. Anything was easier than a hand plough on this land. “We haven't got any money,” she said quietly, but Dan was gone. 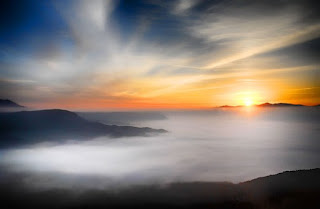 Laura's daydreaming started one afternoon while making the next day's bread. As she kneaded and folded, kneaded and folded, a coach parked on the edge of the loch. Tourists stumbled out oohing and ahhing. Laura imagined herself stowing away in the back seat while they took their photographs – a bit like she had before, except that had been a cart. Next time the coach stopped she saw herself get on and wave to Dan and the children as it drove away. The guilt turned her cold but the thought was there: she done it before and they had all survived – as far as she knew. She'd miss the collie with the broken paw most this time. Not that she didn't love her children, but they did squabble so . . . But no. It could never happen again. This was her test and her punishment; getting it right, making it right, would be her salvation. Besides . . . she shook her long auburn hair off her face, wiped her hands and reached into the back of the cutlery drawer for the crotchet hook her mother (that mother) had used for shell-fish, pinned it up with an instinctive twist – no elastic bands in those days . . . the children were much happier and safer here on the Mull of Kintyre than in any town. But a long holiday, somewhere with street lighting and three buses at a time, that would be good.

One afternoon, not long after they acquired a small television, Laura packed a few things in the abandoned suitcase. Clothes she hadn't worn for years – towny clothes she probably couldn't get into anymore. She put in some underwear and a nightgown. In case they could afford a holiday. There was a shout then a squeal. Gregor was pushing Alba’s pet hedgehog around the front of the cottage in a wheelbarrow. Laura went to investigate.
“Where's Daddy going?” he called as soon as he saw her. Alba joined him, rosy cheeked, cross and curious, “Where’s Daddy going?” she echoed. Ginger bounced around them, woofing with excitement. Scout watched from the porch mat and turned to look at her with wistful eyes.
Laura laughed. It was a happy sight. “To the pub I expect.”
Dan appeared from behind her. With a suitcase. A new suitcase. It had wheels. He licked his lips, looked away. The children approached slowly now, an instinct warning them something was wrong. They stared at him. 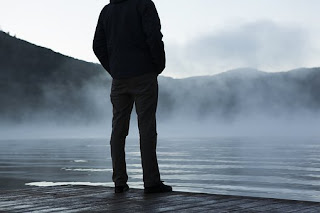 “Daddy is going to Glasgow to do some work, then he's . . .” Dan ran out of words.
Laura turned sharply, “Then what?”
“It's no good,' Dan said. “You tried to make me into someone I'm not.”
“What are you going to do?” Laura's voice was a squeak. Panic rose in her chest. This was not how it was supposed to be.
“Remember that guy with the rotavator business?”
“Yes, we couldn't afford one.”
“No. Well, now we can. He's given me a job selling them – seeing as I know about difficult land. I'll send you some money.”
With the greatest of care, Gregor lifted the hedgehog from the wheelbarrow. “Do you want to take Prickles, Daddy? So you've got a friend.”

Laura struggled back from the only local shop with a laden, wobbly pushchair. Gregor waddled behind, Alba ran ahead. Laura looked beyond her, noting the mist rolling in off the sea. There was a chill in the air. The start of the autumn term. Alba was going to school. There was a school bus now – not like it used to be, when only town children got an education. Laura let out a heartfelt sigh. Now was the moment to go back to the city. Do as her parents wanted – return home where she belonged. Return home. But she had. It had taken three lifetimes but she was back here now, she wouldn’t leave again.

Alba turned and raced towards her. “Daddy’s home!” she called.
“I didn’t think you were coming back,” Laura said as she opened the garden gate.
Dan pulled her into his arms, reached out for the children to join the hug. “People shouldn’t try to change people,” he mumbled into Laura’s hair.
“I didn’t do that,” she replied.
“No. That’s why I’m back. You belong here and I can’t change how I want to be with you.”

song Mull Of Kintyre by Wings 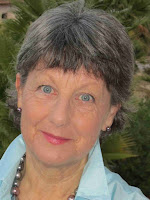 Originally from the south west of England, J.G Harlond (Jane) studied and worked in various different countries before finally settling down with her husband, a retired Spanish naval captain, in rural Andalucía, Spain. Her historical fiction, set in the 17th century and the first half of the 20th century, features many of the places Jane has lived in or visited – along with flawed rogues, wicked crimes, and the more serious issues of being an outsider. Apart from fiction, Jane also writes school text books under her married name. Her favourite reading is along the Dorothy Dunnett lines: well-researched stories with compelling plots and complex characters.

J.G.Harlond is a reviewer for Discovering Diamonds 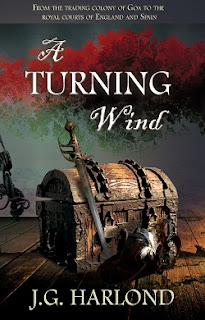 A tribute to Daphne du Maurier by J. G. Harlond