A Story Inspired By A Song by Richard Tearle 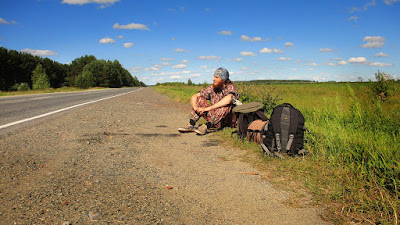 I dreamed of her again last night. Roberta, Bobby. Late of Georgia and now – well, who knows where?

I met her in a bar where she was singing. Her voice was exquisite, but it was lost on the patrons. You would think that, of all places, where the Blues was born, she would have afforded some credibility. But all she got was polite applause and she was close to giving up. It was then I decided to help her. I remember climbing onto the stage, giving her a smile in return for her enquiring frown and slipped the harp out of my jeans. She understood and nodded. We exchanged a couple of words about songs and then I gave the standard five note  blues riff. She picked it up on her guitar - I would soon find out that even that was borrowed for the occasion – and we launched into  a song.  At least the addition of my harp made the clientèle sit up and listen. Man, we rocked the place that night.

She wasn't stunningly attractive. Slender with very long legs poured into tight jeans; a faded black T-shirt with a bleached head-shot of Jim Morrison. Her hair was midnight black – I swear it had a blue sheen to it – that hung straight to just below her shoulders whilst the untidy fringe flopped over her forehead, obscuring one, light brown, eye.

The decade whispered away and the year ticked over from sixty nine became seventy, the bar closed down, owing us both money and we could find no work. Thanks to an obliging trucker we made it to New Orleans without getting too wet. But Bobby wasn't comfortable there and she wanted to go north again. I wanted to go west. We compromised: we went north.

But the towns of Kentucky were no more kind to us than those of the Deep South. Gigs were hard to come by, money even more so. And only  then did Bobby relent and agree to go to California. “If we gotta sleep out in the open, might as well do it where its warm,” she shrugged. 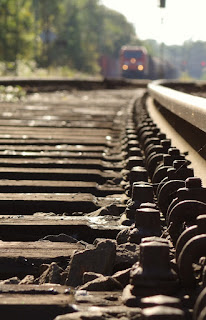 We hitched, we walked and, Hell, we even rode a freight train until we were discovered and got thrown off. “You like the freedom?” I asked her as we slogged along the highway, sticking our thumbs out at every passing car. There wasn't many of them by the hour and none of them stopped.
“Freedom? Are you kidding me? What's freedom anyway? Ain't worth a bent cent. Only means you ain't got nothing left to lose.”
“I started out with nothing ... ” I began
“And I still got most of it left,” Bobby finished off for me.
“At least its free,” I murmured after a while. She punched me on the arm and pushed on ahead.

Later, lying in our only sleeping bag, Bobby turned away from me. “What do you want?” she asked. I sighed and rolled onto my back, resting my head on my elbow. This wasn't a simple question with an answer like 'a plate of rib steak with fries', or 'your body again'. This was a serious one. A deep question. One that required a lot of thought, mainly because I had never addressed it before. What did I want? I didn't know. Which is what I told her.

“You're useless,” Bobby grunted. “What about love? Have you ever been in love?”
“Once,”  I said.
“Well, that's something”. She turned to face me again. “What was her name?”
“Janey,” I replied without thinking.
“How did you meet her?”
“College.”
“Ah, college. Everybody falls in love at college.”
“I guess.”
“How did it end?” Nothing if not persistent.
“Usual way. Drifted apart. She went her way and I went mine. No big deal.” We both knew I was lying.
“And you've never been in love since?”
“No,” I blurted out hastily. Too hastily. “But I ...”

Bobby's cold fist thumped against my chest. “Don't say it.” It was almost a snarl.
I shrugged. “You asked.”
Bobby turned away again.
“What do I want?” I continued. “I'll tell you. I want the freedom that you seem to despise. I want to walk into a bar and play my songs and walk out with some money in my pockets.  You wanna know why I want that? I'll tell you anyhow: it makes me feel good, Bobby. Hearing you sing, feeling good is easy. Best thing in the world.  And I want to make records, maybe films, get my face on the cover of the Rolling Stone, wear what I want, say what I want.” I took a deep breath. “I want a good wife, children. My own house and land. I want people to know my name and speak it as they say 'Howdy' and shake my hand.  And: I want you, Bobby.”
Bobby didn't hear; she was asleep. 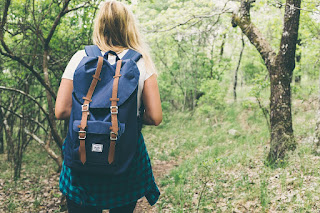 The next morning, I let her walk on ahead again. I was morose and in bad humour and if she said something I was liable to snap her head off. She sensed this, damn it, she knew it. You don't travel with someone for months without getting to know them. She knew my soul whether or not she knew all the details of my life.
But there was one thing she didn't know.
I wasn't good enough for her.

I knew it but she didn't.  She'd argue, of course,  but it was nevertheless true. She deserved better than me. A man who could give her the things she needed. The sort of life she wanted. I was not that man. I was a drifter, never able to settle, always moving on. Running away. Possible. Always dreaming. Ever hoping. But never achieving.
“Goin' to Salinas, if you folks need a ride.” The truck driver's voice broke into my reveries and I rushed to catch up and climb aboard.
Selinas. County seat of Monterey, California. Scene of Steinbeck's great novel, East of Eden. Hell, yeah, we'd made it!
And it was here, two months later, I let her go.

Its been fifty years since she held my hands, kissed me on the cheek and apologised for falling in love with another man. I'm over seventy now and she? Well, not something I want to think about, she may even be dead. I've been through it all, the booze, the drinks, the wives. The money. The cancer pains me and I don't know how many days I have left now, but there won't be many.

But you know what? I'd swap every one of them for just one night from the past. One night of holding Bobby McGee's body close to mine.

song by Kris Kristofferson 'Me And Bobby McGee' 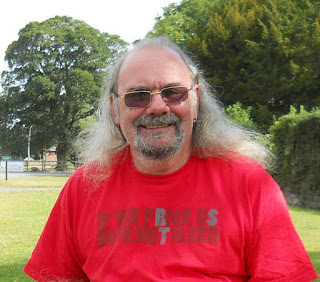 Richard was born in Muswell Hill, London and nearly went to school with the Kinks and Rod Stewart. Starting work at the Ever Ready Company in 1964, he moved on to the Performing Right Society and ended his working life as a Civil Servant, retiring in 2013.He now lives in Lichfield. He has four children and an equal number of grandchildren. Needless to say, he loves reading as well as Tottenham Hotspur and steam trains.
Richard is a voracious reader.

An article by Richard for Discovering Diamonds