Our December Story Song today is written by Amy Maroney 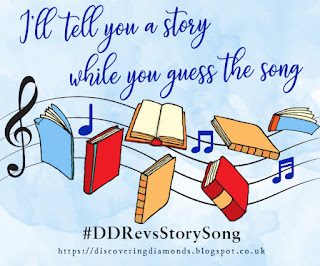 we are a little different this year:
some contributions are exclusive stories, others are excerpts
from the authors' novels,
but all have our traditional format of...
Read the Story - Guess the Song
Here's a clue to the song title
Excerpt from Island of Gold by Amy Maroney. 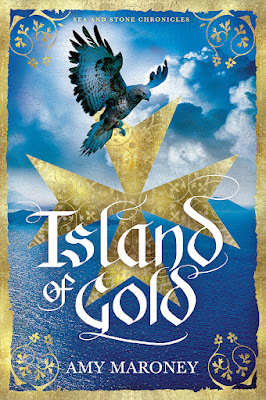 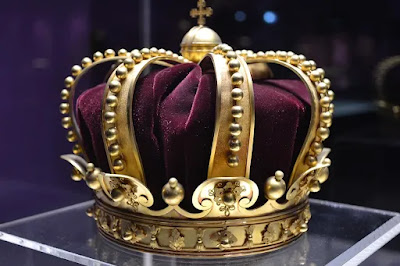 “I made sure you got the bean, Queen Sophie. Good fortune is not often a matter of luck. It is a matter of influence.”
Disappointment shot through her chest. “Oh.”
“You’ve made it plain since we met Monsieur de Montavon that he has captured your attention. Today, you told the entire household and all of our guests that he has captured your heart as well. Was that true?”
“Yes, Papa, I’ve told you so many times, have I not?”
“So be it. Your good fortune continues, thanks to me. The falconer has asked me for your hand, and I’ve accepted.”
She stared at Papa, stunned. “But he has said nothing to me.”
“It is not his place to do so, but mine.”
“And he will take his place alongside you in the cloth trade? He will make a fine addition—”
“No, Sophie. He won’t hear of it. If I were in his shoes, I wouldn’t trade the life of a falconer for the life of a cloth merchant either.”
“But, Papa, you often say there’s no man on earth you can’t convince to change his mind.” Sophie used her most honeyed voice, sweetening it further with a pleading smile. “Perhaps you need a little more time . . . ”
He pressed his lips together, his eyes darting to Maman and back again. “Your mother wanted you wed a year ago. I put her off. Said I wouldn’t make a match for reasons of commerce and trade, as I did for your elder sisters. No, I wanted my favorite daughter to have the love match she desires.”
A new refrain rose up from the musicians. Pulling her palm away from her father’s, Sophie wove an intricate pattern of steps around him. Papa stood stock-still, the sober expression on his face a stark contrast to the jocular smile he had worn most of the day.
“I know you’ve been stalking him in the corridors,” he hissed. “And twice the servants have seen you attempting to enter his chamber alone. Your behavior at the table with him verges on scandalous. You cannot flirt so openly with a man unless he is your betrothed. This is not a game, Sophie. I’ve indulged you to my detriment. But I won’t have you compromise your virtue. No, you have made your choice. You will wed Cédric de Montavon on the day I ordain. If you do not comply, I will not entertain any further ideas of a love match. Do you understand?”
Tears burned in Sophie’s eyes. She was queen, and yet her father shamed her on this day of all days when he should be granting her every wish. She forced down a sob. Caught Cédric’s gaze across the room. The desire in his eyes made her breath catch in her throat.
“You’re weeping!” her father said in alarm. “What is it?”
“I’m afraid, Papa,” she admitted. “Afraid of leaving you, afraid of becoming a wife and mother. There’s so much I do not know.”
His expression relaxed. “My dear, we all fear what we do not know. I will always look after you, even when you’re married and no longer by my side. But what matters to me is: Do you fear him? The falconer?”
She glanced at Cédric.
Again she felt that raw longing to be near him, to put her hands upon him. To press her body to his, to hear his heart pounding under her cheek.
The dance ended. Sophie lifted her chin and looked straight at her father.
“No, Papa,” she said with certainty. “I love him.”
Song: Dancing Queen
by: Abba
Island of Gold is available on Amazon at this link. 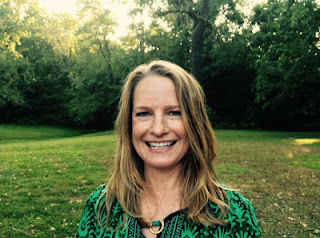 Amy Maroney lives in the Pacific Northwest of the U.S. with her family, and spent many years as a writer and editor of nonfiction before turning her hand to historical fiction. When she’s not diving down research rabbit holes, she enjoys hiking, dancing, traveling, and reading. Amy is the author of The Miramonde Series—the story of a Renaissance-era female artist and the modern day scholar on her trail—and Island of Gold, the tale of a noble French falconer and a spirited merchant’s daughter who seek their fortunes on the Greek island of Rhodes.
www.amymaroney.com 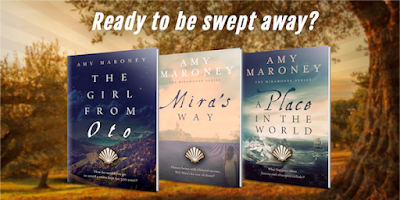