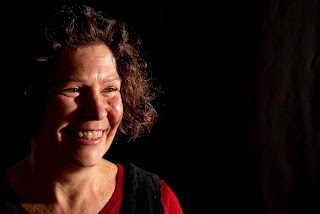 Hello Susan, welcome to our Discovering Diamonds Guest Spot. Along with my readers and visitors I love to hear from authors who write wonderful stories. There’s nothing better than curling up with a good book,  box of chocs and glass of wine to hand!
Q. Would you like to tell us a little bit about yourself...
A. I think perhaps my Twitter profile sums it up: I’m a reader, writer, anti-money laundering obsessive, knitter, stoker (back half of a tandem) and chocoholic – but rarely all at the same time.
Q. Where do you live?
A. I live in a small terraced house in the middle of Cambridge, an old university city in the east of England.
Q. If you had a choice to live anywhere – where would it be?
A. I grew up in Singapore and – if I had the money to live in the same style as did in the 1970s – I’d go back there.  But Singapore’s cost of living is now astronomical and I’d end up in a high-rise shoebox, so instead I quite fancy a tall, elegant townhouse on the banks of one of the canals in Delft.  Delft is basically exactly like Cambridge (university, lots of cyclists, old buildings, waterways), but still in the EU.
Q. Modern house, old cottage, castle or something else?
A. Old townhouse – I have lived in a new-build but I missed the feeling that others had lived there before me.  And I like being within walking distance of things like shops and libraries.
Q. Cat,  dog or budgie?
A. I am currently owned by a beautiful but demanding tabby cat called Maggie (short for “Magnificat”) but once I have retired and my time is my own, I shall also bring a dog into the family – I like their optimism (as opposed to the world-weariness of felines).
Q. Are you a ‘dining room for dinner’, or a ‘tray on your lap in front of the TV’ person?
A. Shall I pretend it’s the former, or admit it’s the latter?  I make an exception for curry meals, as all the components demand the space of a set table.
Q. TV preferences – documentary, drama, comedy, soap or thriller?
A. My very, very, very favourite programmes are “Call the Midwife”, “Poldark” (the original series) and “Mad Men” – so it’s period drama with a touch of the soap.  I can’t do thrillers at all – I have to stand in the next room and call out, “Tell me when it’s over” if there’s any creeping about.
Q. What was your first published novel about?
A. “Fatal Forgery” was a semi-biographical novel about a banker in 1820s London who stole money from his customers and was sentenced to hang for it.

Q. What was your last novel about?
A. Sam Plank, the constable in “Fatal Forgery” who arrested the banker was a determined fellow and he took over, demanding that I write a series of books about him.  So “Heir Apparent” – my most recent novel – was the sixth in the Sam Plank series.
Q. Do you write in one genre or several?
A. I write in one genre, one period and one style – for the time being…
Q. Have you ever considered exploring a totally different genre?
A. To be honest, I am so enamoured of the escape and discipline of writing historical fiction that anything else – modern stuff, or (shudder) science fiction – seems a waste of time.  That’s not to say I don’t like reading it, because I do – I just can’t imagine writing it.
Q. If you could, which two of your characters would you like to invite to spend an afternoon with you?
A. I think I would like to have tea with Martha Plank (Sam’s wife) and Lily Conant (the daughter of Sam’s magistrate boss).  They are both very much women of their place and time – London in the 1820s – but intelligent, and expert at quiet influence.
Q. Where would you go / what would you do?
A. We would walk through Hyde Park and gaze into the elegant shop windows in Mayfair, before returning to Lily’s father’s rooms in Great Marlborough Street to read the evening newspaper together and discuss how women could run affairs of state, justice and defence so much more efficiently and effectively than the men.
Q. How do you prefer to travel? Plane, boat, car?
A. My ideal day out involves cycling and a train, so perhaps a combination of those.  I don’t like flying and boats are just scary.  My car is an elderly Renault 5 – born in 1985 – and I do like pootling around in him (he’s called Hugo).
Q. You are out for a walk. You see a chap sitting on a wall, looking right fed up – but there’s something odd about him... What? And what  do you do?
A. The odd thing about him is that he has a very expensive bike with him, propped up against the wall, and his front wheel has a puncture.  But he clearly has no idea how to fix it – he’s spent thousands on the bike, and knows nothing about maintenance.  This isn’t out of my imagination – I have seen this several times.  And if we’re on our tandem at the time (as we usually are), my husband will stop and mend the puncture for the poor fellow.  I remember being so impressed the first time I saw him do it; I’m less impressed by his proficiency these days, but always impressed by his kindness.
We have a long-running Radio programme here in the UK called Desert Island Discs on which celebrities talk about their life and select eight of their favourite discs... so changing that slightly...
Q. If you were shipwrecked on a desert island, what eight books would you want to find left in an abandoned hut? (There’s already a Bible, the Quran, and the complete works of Shakespeare)
1. “The Little White Horse” by Elizabeth Goudge – a beloved childhood book that I re-read each year
2. “Ross Poldark” by Winston Graham – see earlier obsession [Helen: I'll be kind and you can have a box set of the entire series!]
3. “All I Ever Wrote: The Complete Works” by Ronnie Barker – I’ll need a good laugh on the island
4. “Anne of Green Gables” by L M Montgomery – I’ll also need a boost of optimism and determination
5. “Pride and Prejudice” by Jane Austen – no explanation needed
6. “The Great Gatsby” by F Scott Fitzgerald – a bit short (and I’m a quick reader) but it is such perfection
7. “Midnight’s Children” by Salman Rushdie – I wrote my university dissertation about this book and still love it
8. “Little Women” – more optimism and determination, please
Q. What sort of island would you prefer, and why? (e.g. Desert Island... Hebridian Island...)
A. I’d be delighted with the traditional desert island – I’m very happy with heat and sunshine.  But no snakes, thank you – spiders and lizards are fine (the more legs the better), but no snakes.
Q. And you would be allowed one luxury item – what would you want it to be? (a boat or something to escape on isn’t allowed.)
A. I’m going to assume that endless paper and pens are not a luxury but a necessity.  On top of that, I would like an ice-making machine – I don’t like hot drinks at all, and put ice in every drink, even in midwinter.  It’s that tropical upbringing again – sundowners on the patio, ice clinking merrily. 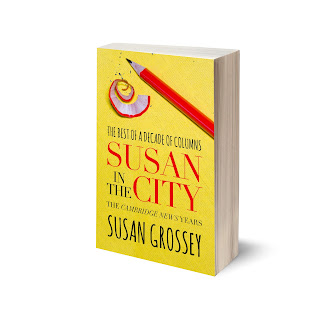 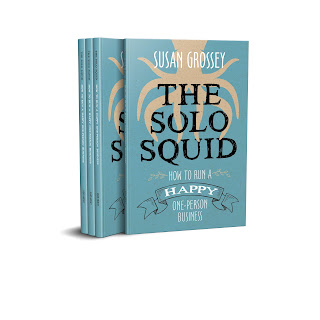