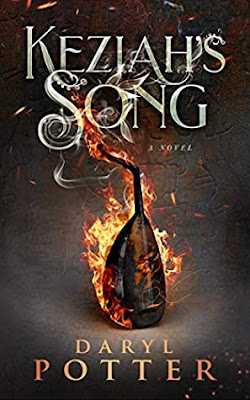 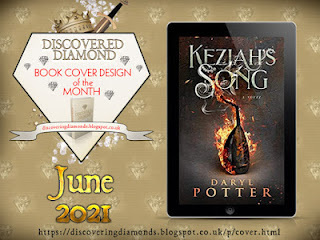 Amazon UKAmazon USAmazon CAAmazon AUGoodreads
Fictional drama
2nd century B.C.
Ancient Israel
I was attracted to this book because it is refreshing to find a novel set in a different time, a little-known era, than those presently popular.
The main characters are brother and sister, Jacob and Keziah, who live in Cana in Galilee, but the story is really about the close community in which they live, how they live and how the industry of such small places operated in those days. There is a glassmaker, a wine producer and a carpenter, and each has the support of others when needed. They are an assortment of characters who feel like our own neighbours.
Music plays an important role in Keziah’s life. It is a way she has of communicating with her husband in public – invitation and acceptance. She plays her lute and neighbours play other instruments or sing when they gather together in one another’s houses to celebrate life. These musical evenings and the simple, productive lives of the villagers form a counterpoint to the wars that overshadow the period: against the Seleucids of the Greek-Syrian Empire and against the Egyptians. Civil war erupts as brother fights brother, and mother fights son for the crown of the Hasmoneans. The people of Cana are inevitably drawn into the conflicts.
This compelling book is a rich tapestry of war and peace, courage and endurance, love and loss that underscores the simple truth that when leaders clash it is the innocent who pay the price.
I see the story as a kind of microcosm of the Jews' suffering throughout the centuries. No matter how many times other nations attack, massacre and drive them from their homes, they survive, flourish and go on as before.
I thoroughly enjoyed this read and wholeheartedly recommend it.
Reviewed for Discovering Diamonds
© Susan Appleyard e-version reviewed