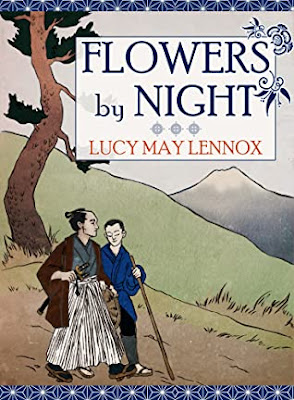 Amazon UKAmazon USAmazon CAAmazon AUGoodreads
Fictional Drama / LGBT
19th century /1800s
Japan
(Sexual content)
“Japan, 1825: Low-ranking samurai Uchida Tomonosuke is a devotee of the way of manly love, but he has never pledged himself to another man. Until one day he accidentally crosses paths with Ichi, a beautiful blind masseur who challenges everything he thought he knew about love between men. Ichi is independent and confident, but his blindness means he is considered a non-person in the rigid social hierarchy. Tomonosuke is torn between his passion for this elegant young man, and the expectations of his rank. Not to mention his obligation to his unhappy wife, Okyo. But when betrayal and natural disasters strike, it is Ichi who holds the key to saving Tomonosuke's life.”
Well told, well written, and apparently well researched, although I know nothing of Japanese culture to clarify this.
The Japanese detail of the story was engrossing; out of interest I found myself looking up a few things on Wikipedia to extend my interest in the real events of the period.
For readers who enjoy gay romance in an historical, and alternative to the western world culture, this novel should appeal. I did find it a fascinating read, although I was not so interested in the relationship between the two main characters,  Ichi and Tomonosuke, the latter of whom I did not particularly warm too, but all the characters were well drawn and seemed very ‘human’, possibly because they were not stereotypical or one-dimensional. The plot was a little slow to get started, but once drawn in, especially where the secondary characters were concerned, Okyo and Rin the wife and servant, the story takes off at a steadier pace, although some threads, I felt, were a little skated over or rushed.
For readers with an interest in gay romance, or who are intrigued by the history of Japanese culture, this novel should be an entertaining read.
Reviewed for Discovering Diamonds
© Ellen Hill e-version reviewed