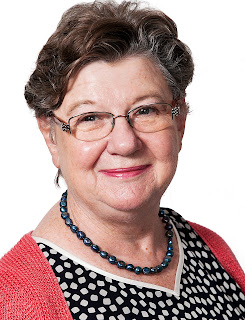 Hello  Catherin, welcome to our Discovering Diamonds Guest Spot. Along with my readers and visitors I love to hear from authors who write wonderful stories. There’s nothing better than curling up with a good book,  box of chocs and glass of wine to hand!
Q. Would you like to tell us a little bit about yourself...
A. I hate this question. The basics—I’m in my seventies, recently widowed after a long and happy marriage, a mother and grandmother. I enjoy reading, good food and drink, the company of family and friends, travel, music and art. I am fascinated by history, in particular social history. I started writing fiction after taking early retirement following a brush with breast cancer. To date I have published five novels and a gothic novella.
Q. Where do you live?
A. In Dublin, in my old family home. My husband was German and I moved to Germany when we got married. We returned to Ireland in 1999. I have only had three addresses in my whole life; this house, the apartment we rented when we first married and the house we later built.
Q. If you had a choice to live anywhere – where would it be?
A. Having lived abroad for over twenty-five years, I don’t want to live anywhere but Dublin. The Irish temperament, people and climate suit me. I don’t like extremes of heat or cold—I’ll take rain over either any day. For holidays, my favourite countries are Greece, Italy and France, preferably in the spring or autumn.
Q. Modern house, old cottage, castle or something else?
A. If I win the lotto, then a not too large Georgian house standing in its own grounds. The lotto win will have to be big enough to pay for any necessary restoration, including upgrading the plumbing to today’s standards, and also to pay the wages of a cook/housekeeper and gardener/maintenance person. There are quite a few of these houses on what were then the outskirts of Dublin but are now only a couple of miles from the city centre. Many of them were built near the sea when sea-bathing etc. became fashionable at the turn of the eighteenth to the nineteenth century. They are not grand houses, but comfortable, spacious and beautifully proportioned with mature gardens.
Q. Cat, dog or budgie?
A. None at present. If I had my Georgian house, then a cat as the staff would be able to look after it while I was away.
Q. Are you a ‘dining room for dinner’, or a ‘tray on your lap in front of the TV’ person?
A. Breakfast is tea and toast in bed with the daily paper, lunch is a sandwich and a more tea in my favourite armchair and dinner is at a properly set dining table. A German habit I have retained is coffee mid-afternoon although I forego the cake.
Q. TV preferences – documentary, drama, comedy, soap or thriller?
A. I watch very little TV. If I do, it is usually a concert or opera. In the evenings I read and listen to music on the radio.
Q. What was your first published novel about?
A. The Murmur of Masks, the first novel in what I call my Waterloo arc. Set against a background of the mostly off-stage Napoleonic wars, they consider in particular what happened when the men disappeared over the horizon to fight the French, leaving the women to fend for themselves in in a patriarchal society.
The Murmur of Masks starts in 1803 Eighteen-year-old Olivia's naval captain father is 'somewhere at sea' when her mother dies suddenly, leaving her daughter distraught and homeless. Desperately in need of security and safety, Olivia accepts Jack Rembleton's offer of a marriage of convenience, hoping that love will grow between them. She does not know that Jack's affections are elsewhere engaged.
Ten years later, Olivia has made the best of her situation. She loves her children and has found her place in the ton. An unexpected encounter at a masquerade with Luke Fitzmaurice leads to a second chance at love. Dare she grasp it? Before she can decide, Napoleon escapes from Elba and Luke joins Wellington's army in Brussels. Will war once again dash Olivia's hopes of happiness?
Here I took a common Regency trope—the marriage of convenience. What, I asked myself, if it doesn’t turn into a love match? 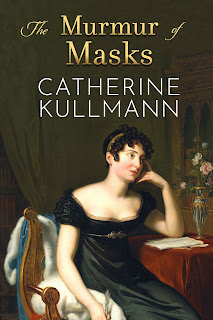 mybook.to/MurmurofMasks
Q. What was your last novel about?
A. The Potential for Love is set in 1816. When Arabella Malvin sees the figure of an officer silhouetted against the sun, for one interminable moment she thinks he is her brother, against all odds home from Waterloo. But it is Major Thomas Ferraunt, the rector’s son, newly returned from occupied Paris who stands in front of her.
For over six years, Thomas’s thoughts have been of war. Now he must ask himself what his place is in this new world and what he wants from it. More and more, his thoughts turn to Miss Malvin, but would Lord Malvin agree to such a mismatch for his daughter, especially when she is being courted by Lord Henry Danlow?
As Arabella embarks on her fourth Season, she finds herself more in demand than ever before. But she is tired of the life of a debutante, waiting in the wings for her real life to begin. She is ready to marry. But which of her suitors has the potential for love and who will agree to the type of marriage she wants?
Given the appalling legal status of married Englishwomen under the legal system of coverture which lasted until well into the nineteenth century, it is amazing that women got married at all. Unfortunately, the alternative was not much better. Arabella wants to marry for love but knows that there are other, just as important matters to be considered when choosing her husband. 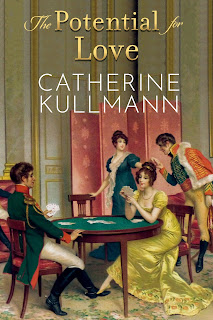 http://mybook.to/ThePotentialForLove
Q. Do you write in one genre or several?
A. In one. My novels are all set in the extended Regency period, from 1800 to 1830. I find this period fascinating. It was one of the most significant periods of European and American history whose events still resonate after two hundred years. The Act of Union between Great Britain and Ireland of 1800, the Anglo-American war of 1812 and the final defeat of Napoleon at the Battle of Waterloo in 1815 are all events that continue to shape our modern world.
Q. Have you ever considered exploring a totally different genre?
A. I am tempted sometimes by historical fantasy. I have written one unpublished novella in this genre that could be the introduction to a complete series. Much as I love writing historical fiction, it was very liberating to be able to create my own world. I don’t know if it would be wise to change horses in mid-stream, especially as I am not getting any younger. So, the novella remains on my computer, read only by my husband and sons.
Q. If you could, which two of your characters would you like to invite to spend an afternoon with you?
A. Ladies Needham and Neary are two older ladies who appear in several of my books. They don’t suffer fools gladly but will come to the aid of a young wife and help her find her feet in the ton. They are very good company. An afternoon with them would be worth years of research.
Q. Where would you go / what would you do?
If they visit me, I wouldn’t like to inflict the horrors of modern rush hour on them, so I think afternoon tea in a sheltered spot in my garden while we talk about life in their time and now. If I visit them, I am of course in their hands and would go along with whatever they chose for my entertainment.
Q. How do you prefer to travel? Plane, boat, car?
A. Planes are very convenient, especially when you live on an island, but I hate airports and shudder to think what they will be like when we are finally allowed to travel post Covid. In the past, we loved to take the direct car ferry to France. Now I must get used to travelling solo. All my plans for this year fell through and I am still reluctant to make any definite ones for next year.
Q. You are out for a walk. You see a chap sitting on a wall, looking right fed up – but there’s something odd about him. What? And what do you do?
A. This is a tricky one. It would depend very much on the time and place. In Ireland, especially outside cities, it is usual to greet a stranger when passing and even to stop and exchange a few words if you have time. My instinct is to be friendly and supportive. If I think he is a danger to himself or others, I would phone the emergency services and, unless I felt personally threatened, stay with him until they came.
We have a long-running Radio programme here in the UK called Desert Island Discs on which celebrities talk about their life and select eight of their favourite discs... so changing that slightly...
Q. If you were shipwrecked on a desert island, what eight books would you want to find left in an abandoned hut? (There’s already a Bible, the Quran, and the complete works of Shakespeare)
1.A Jane Austen Omnibus
2.The Lord of the Rings
3.The Beacon at Alexandria (Gillian Bradshaw)
4.The Works of the Romantic Poets
5.The Swiss Family Robinson (Johann Wyss)
6.Spinning Silver (Naomi Novik)
7.Enquire Within upon Everything – the Shipwreck Edition
8 A thick, blank, ruled volume so that I could keep a journal and do some other writing.
Q. What sort of island would you prefer, and why? (e.g. Desert Island... Hebridean Island...)
A. As I mentioned above, I don’t like extremes of hot or cold, so I would like an island off the coast of West Cork, where there is a pleasant, temperate climate. I would draw on the Swiss Family Robinson and Enquire Within for advice on building a shelter from the Atlantic storms.
Q. And you would be allowed one luxury item – what would you want it to be? (a boat or something to escape on isn’t allowed.)
A. An aga or similar and an unending supply of fuel for it.
www.catherinekullmann.com/
fb.me/catherinekullmannauthor
Click HERE (and scroll down to 'K') to find our  reviews of Catherine's books  on Discovering Diamonds
See Our Full
GUEST LIST