The Kingdoms by Natasha Pulley 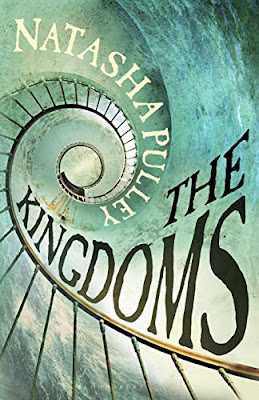 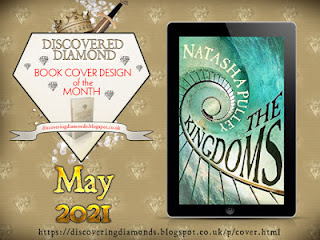 Amazon UKAmazon USAmazon CAAmazon AUGoodreads
Timeslip / Alternative
"Come home, if you remember. The postcard has been held at the sorting office for ninety-one years, waiting to be delivered to Joe Tournier. On the front is a lighthouse – Eilean Mor, in the Outer Hebrides. Joe has never left England, never even left London. He is a British slave, one of thousands throughout the French Empire. He has a job, a wife, a baby daughter. But he also has flashes of a life he cannot remember and of a world that never existed – a world where English is spoken in England, and not French. And now he has a postcard of a lighthouse built just six months ago, that was first written nearly one hundred years ago, by a stranger who seems to know him very well.
Joe's journey to unravel the truth will take him from French-occupied London to a remote Scottish island, and back through time itself as he battles for his life – and for a very different future."
The Kingdoms is a timeslip alternative historical fiction, if that is even a genre! And, for those who hate timeslip, it isn't modern and the past but the past and even further back. Whatever genre, it is fascinating and the main character is warm, engaging and refreshingly normal.
Joe finds himself at La Gare du Roi, one of the mainline train stations in Londres but has no recollection of getting there. He thinks there might have been someone else on the train with him, but he can't be sure. All he does know is that nothing makes sense. Eventually, he is collected by his master, M. Saint-Marie, a shabby-chic Frenchman whose finest days are behind him, but is genuinely fond of Joe, his slave, whom he has married off to Alice (another slave who was supposed to marry his brother, Toby, but Toby died in Scotland seeking to put down the English and Scots rebelling against French rule in the UK).
Then a postcard is delivered to Joe, dated some ninety or so years in the past, but depicting a lighthouse that was only built six months before, and signed 'M' who he thinks might be Madeline, but has no idea why. Drawn to seek employment at a machinist who manages the UK's lighthouses for their Parisian masters, Joe travels to Scotland, to Eilean Mor, to repair the lighthouse and discover what happened to the keepers who have vanished. And to unravel an impossible mystery - how can a postcard even exist ninety years ago of a lighthouse that was only built six years ago - and why send it to HIM?
This is a long, complicated story that takes you through the lives of several characters in order to relate the story. It flits in and out of time, back and forth through backstory and the action, piecing together the story and revealing a little at a time until we finally, along with Joe, find out what is going on. There are hints along the way; one massive one made me stop and re-read towards the end that made sense only as a train journey neared its end.
One will never quite look at time travel the same again, never quite trust what you see, and one's knowledge of the Napoleonic Wars will take on a new light.
A fantastic novel, a growing genre of alternative history treated in a unique, fascinating way. A perfect novel for fans of Hornblower, or with an interest in the ships of the era and sailing. More literature than commercial fiction, you won't regret reading this.
Reviewed for Discovering Diamonds

<previous   next >
< You will find several items of interest on the sidebar
31st May .... Book and Cover of the month announced