The Soft Touch of Angels by Anna Belfrage 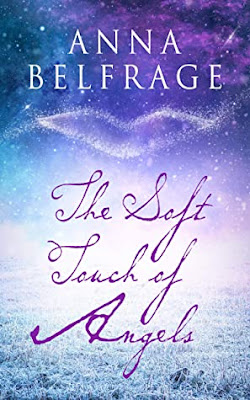 "After months of torment, Duncan Melville has had enough and punches one of his bullies in the face. In retribution, he is set upon by the tormentor’s much older brother…
There are few things that upset Alex as much as seeing a member of her family hurting. So when her ten-year-old grandson is severely injured she decides the only thing to do is to take him home, never mind that Duncan’s biological mother, Sarah, will likely throw a fit. Sarah does throw a fit. She wants the living reminder of the terrible events that led to his unfortunate conception gone, immediately. Alex refuses. Duncan is a child—a child of her blood—and she will not fail him. The Christmas spirit in the Graham home is seriously threatened as unhealed wounds break open. Caught in the middle is Duncan, a boy who doesn’t quite know where he belongs—or with whom."

As ever Anna Belfrage has written yet another wonderful story of the Grahams. Her characters are so real that they are long-treasured friends, and it was a delight to meet with them again. Apart from her excellent writing, engrossing plot, the emotional turmoil of children – and their parents – the author’s detail of time, place and background is all beautifully accomplished.

For readers who have faithfully followed the lives of Alex and Matthew Graham and their family members, The Soft Touch Of Angels, even though it is a short read, is yet another treat to savour and enjoy. To newcomers, there are a lot of characters in this novella, and a lot happens – there is some backstory, but maybe this is not the place to start, purely because you will be missing out on a wonderful ongoing saga by not meeting these people at the right place and time (A Rip In The Veil).

Often, where a series is concerned the enthusiasm of author and reader can ‘go off the boil’ after a few stories about the same characters. The plots become predictable or repetitive, the characters become stale and lose their believability, but this does not happen in Ms Belfrage’s competent hands ... if anything, the opposite is true! The entire series grows from strength to strength, building one upon the other with each extraordinary outstanding episode into an ongoing, superb friendship between author, characters and readers.