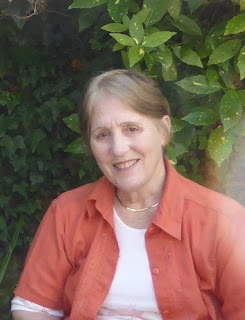 Hello Margaret welcome to our Discovering Diamonds Guest Spot. Along with my readers and visitors I love to hear from authors who write wonderful stories. There’s nothing better than curling up with a good book,  box of chocs and glass of wine to hand!
Q. would you like to tell us a little bit about yourself...
A. Being ‘Down-under’, I’m looking at the sea and enjoying the sun set. Like many writers, I appreciate a fairly solitary life, but that has never stopped me from travelling – COVID-19 has had more of an effect on that. And like Helen, my inspiration to write was stirred by the sea, to be exact, sitting on the bow of a tall ship and gazing at the magic conjured by the ocean.
As a late starter, my first book was published in 2005, and though I have aged and slowed since then, I am still writing – my latest novel published only a few months ago.
Q. Where do you live?
A. I live at Low Head, on the north coast of Tasmania.
Q. If you had a choice to live anywhere – where would it be?
A. It took me a long time to find the answer to this question. I began life as a Yorkshire Lass but left the Old Dart at 28 years of age. First stop – South Africa. I loved the physical climate but not the political one. Rhodesia was next but it was even less appealing. Back to England and then to Australia. After trying Sydney (10 years) and Perth (30 years), I came to Tasmania to find my ultimate location.
Q. Modern house, old cottage, castle or something else?
A. I built a new house, overlooking a broad river estuary and the sea in Bass Strait, with a lighthouse at the bottom of the garden.
Q. Cat, dog or budgie?
A. No cat or dog or budgie - just me.
Q. Are you a ‘dining room for dinner’, or a ‘tray on your lap in front of the TV’ person?
A. I’m definitely ‘a tray on my lap’ kinda person.
Q. TV preferences – documentary, drama, comedy, soap or thriller?
A. Documentaries, movies, quiz shows and comedy.
Q. What was your first published novel about?
A. ‘Sea Dust’ tells of a young woman’s struggled to leave Yorkshire and escape by sea to somewhere far away. Set in 1856 – it reflects some of my personal desires at the time. 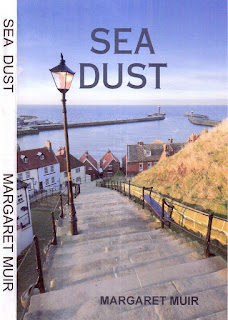 Q. What was your last novel about?
A. ‘Nelson’s Wake’ is the sixth book in a nautical fiction series. It follows the adventures of Captain Oliver Quintrell during the Napoleonic Wars period.

Q. Do you write in one genre or several?
A. Initially wrote and published English Historical fiction with female protagonists. With the later seafaring novels, I write fiction but from a male point of view under the by-line M.C. Muir.
Q. Have you ever considered exploring a totally different genre?
A. I have dabbled in poetry, short stories and children’s stories, and am currently writing an historical narrative non-fiction on the life of a Tasmanian bushranger.
Q. If you could, which two of your characters would you like to invite to spend an afternoon with you?
A. Captain Oliver Quintrell and convict – Matthew Brady. I would like to visit Oliver in Portsmouth and meet his young daughter. I would like to meet Matthew on Sarah Island (Convict location) and learn first-hand of the horrors the prisoners were subjected to there.
Q. How do you prefer to travel? Plane, boat, car?
A. I used to love cruising, despite the fact I always get sea-sick when I am on the sea. But the 2020 pandemic has put me off stepping aboard another cruise liner. Therefore, I will opt to fly.
Q. You are out for a walk. You see a chap sitting on a wall, looking right fed up – but there’s something odd about him... What? And what do you do?
A. He is old, and unkempt and his clothes appear ragged. Yet his eyes are bright and he is gazing intently at the horizon with an expression of expectation. I can’t resist stopping and asking him what he is looking at. Is he waiting for something?
We have a long-running Radio programme here in the UK called Desert Island Discs on which celebrities talk about their life and select eight of their favourite discs... so changing that slightly...
Q. If you were shipwrecked on a desert island, what eight books would you want to find left in an abandoned hut? (There’s already a Bible, the Quran, and the complete works of Shakespeare)
1. A dictionary
2. An encyclopedia
3. The Voyage of the Beagle – Charles Darwin
4. Grimm’s Fairy Tales
5. An Atlas of the world
6. The voyages of Captain Cook
7. Charles Dickens – complete works
8. Yorkshire Grit by Margaret Muir
Q. What sort of island would you prefer, and why? (e.g. Desert Island... Hebridian Island...)
A. I would prefer somewhere wild and rugged.
Q. And you would be allowed one luxury item – what would you want it to be? (a boat or something to escape on isn’t allowed.)
A. A laptop or keyboard (or just ample paper and pencils) – something that allows me to write stories. 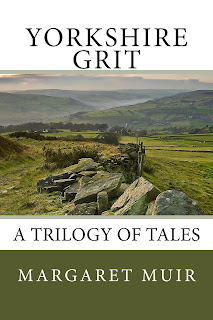 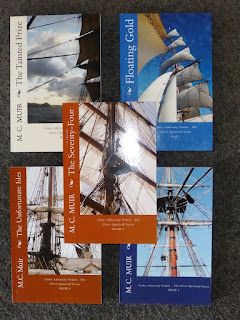