The Light Ages - A Medieval Journey Of Discovery by Seb Falk

Non-fiction
Shortlisted for Book of the Month
Amazon UKAmazon USAmazon CAAmazon AUGoodreads
14th Century / Medieval
Non-fiction
"The Middle Ages were a time of wonder. They gave us the first universities, the first eyeglasses and the first mechanical clocks as medieval thinkers sought to understand the world around them, from the passing of the seasons to the stars in the sky. In this book, we walk the path of medieval science with a real-life guide, a fourteenth-century monk named John of Westwyk - inventor, astrologer, crusader - who was educated in England's grandest monastery and exiled to a clifftop priory. Following the traces of his life, we learn to see the natural world through Brother John's eyes: navigating by the stars, multiplying Roman numerals, curing disease and telling the time with an astrolabe. We travel the length and breadth of England, from Saint Albans to Tynemouth, and venture far beyond the shores of Britain. On our way, we encounter a remarkable cast of characters: the clock-building English abbot with leprosy, the French craftsman-turned-spy and the Persian polymath who founded the world's most advanced observatory. An enthralling story of the struggles and successes of an ordinary man and an extraordinary time, The Light Ages conjures up a vivid picture of the medieval world as we have never seen it before."
The Light Ages is a non-fiction study that seeks to dispel the concept of a 'Dark Ages' for good by revealing the light of scientific knowledge possessed by our medieval ancestors. Falk's method is not merely a discussion but an almost biographical account following the life of a monk from St Albans whose name would never have been known to us had one of his works not been erroneously attributed to Geoffrey Chaucer. In seeking the identity of the true author, John of Westwyk was discovered and details of his life became known. Not many details, admittedly, but his work directs Falk to piece together his world, and how enlightened it was.
When I began to read this book my response was quite violent - why on earth had no one ever told me any of this before?! There are facts and details that are, to me, essential to the understanding of the mind of medieval man - not just monks, but the salt of the earth farmers and land workers. They knew far more about the world around them than the average modern man in the street with all the Googles and Facebooks that are at our disposal. They knew how to judge the passage of time using the stars, how to use them as a giant calendar to govern their lives and their work.
Falk also explains why the western world judges time by the sun, and why the eastern world uses the moon, so obvious and yet so unknown - at least, by me! And he reveals that our medieval ancestors were not as stupid or uneducated as we want to believe - water-powered alarm clocks; the use of Roman numerals and Arabic numbers alongside each other; how they understood long division; using themselves as giant sundials; when the length of an hour became a set measurement; why our days are named for the planets, more obvious in the romance languages such as Spanish or French. Our ancestors were amazing - they were all expert astronomers.
I read this before I looked it up on Amazon and finding it was the Times book of the year 2020 didn't actually surprise me; however, it did reassure me that I can trust what Falk says and take it to heart because what I read was pretty mind-blowing stuff. Falk's narrative is warm and friendly and so accessible, very unlike the old textbooks from school so don't be afraid to pick this up and delve into it, or just dip in and out - if you can put it down.
If you write medieval fiction, you must read this book. I cannot recommend The Light Ages highly enough.
Reviewed for Discovering Diamonds
© Nicky Galliers e-version reviewed 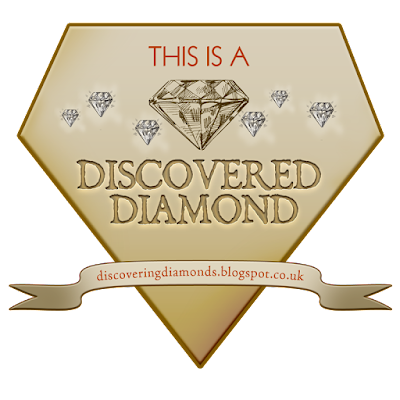