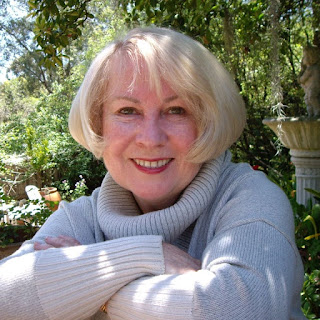 Hello Kathryn, welcome to our Discovering Diamonds Guest Spot. Along with my readers and visitors I love to hear from authors who write wonderful stories. There’s nothing better than curling up with a good book, a box of chocs and glass of wine to hand.
Q. Would you like to tell us a little bit about yourself...
A. Before becoming an author, I was a carpet and home textiles designer.
Q. Where do you live?
A. Melbourne, Australia.
Q. If you had a choice to live anywhere – where would it be?
A. Istanbul.
Q. Modern house, old cottage, castle or something else?
A. Modern. (The castle is something I am aiming for!)
Q. Cat,  dog or budgie?
A. Cat
Q. Are you a ‘dining room for dinner’, or a ‘tray on your lap in front of the TV’ person?
A. Both. I like to decorate the table when I have guests and I am afraid to say, I eat in front of the TV when engrossed in a good movie.
Q. TV preferences – documentary, drama, comedy, soap or thriller?
A. Documentary, drama, thriller.
Q. What was your first published novel about?
A. “The Embroiderer”. It spans 150 years and is set against the fall of the Ottoman Empire through to 1970’s modern Greece. It’s about the rise and fall of several generations of one family through the female line. 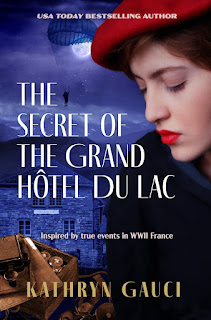 Q. What was your last novel about?
A. A WWII novel set in 1944. Preparations for the D-Day invasion are well advanced. When contact with Belvedere, one of the Resistance networks in the Jura region of Eastern France, is lost, Elizabeth Maxwell is sent back to the region to find the head of the network, her husband Guy Maxwell. It soon becomes clear that the network has been betrayed. An RAF airdrop of supplies was ambushed by the Gestapo, and many members of the Resistance have been killed. Surrounded on all sides by the brutal Gestapo and the French Milice, and under constant danger of betrayal, Elizabeth must unmask the traitor in their midst, find her husband, and help him to rebuild Belvedere in time for SOE operations in support of D-Day.
Q. Do you write in one genre or several?
A. One genre.
Q. Have you ever considered exploring a totally different genre?
A. Yes. I will try my hand at another soon.
Q. If you could, which two of your characters would you like to invite to spend an afternoon with you?
A. Sophia from “The Embroiderer” and Claire out of “Conspiracy of Lies”.
Q. Where would you go / what would you do?
A. We would have afternoon tea at the Pera Palace Hotel in Istanbul. Sophia would entertain us with stories about her thriving couture house which was once situated opposite the hotel. Tragically, WWI and the subsequent war between Greeks and Turks brought it to all to an end. Claire would tell us how she managed to operate as an SOE agent in France during WWII and Sophia would also tell us how she gained important information for the Greeks during WWI through her couture house.
Q. How do you prefer to travel? Plane, boat, car?
A. All three.
Q. You are out for a walk. You see a chap sitting on a wall, looking right fed up – but there’s something odd about him... What? And what  do you do?
A. Ask him if he’s alright.
We have a long-running Radio programme here in the UK called Desert Island Discs on which celebrities talk about their life and select eight of their favourite discs... so changing that slightly...
Q. If you were shipwrecked on a desert island, what eight books would you want to find left in an abandoned hut? (There’s already a Bible, the Quran, and the complete works of Shakespeare)
1. “The Bridge on the Drina” Ivo Andric
2. “Birds Without Wings” Louis de Bernieres
3. “Freedom & Death” Nikos Kazantzakis
4. “Collected Poems of C.P.Cavafy”
5. “The Kite Runner” Khaled Hosseini
6. “A Year in Provence” Peter Mayle
7. “Paris 1919” Margaret Macmillan
8. Any Martina Cole.
Q. What sort of island would you prefer, and why? (e.g. Desert Island... Hebridian Island...)
A. A Greek island with a beautiful beach and clear water to take a swim.
Q. And you would be allowed one luxury item – what would you want it to be? (a boat or something to escape on isn’t allowed.)
A. Dom Pérignon sipped out of a fine crystal champagne glass.