Richard sent me his answers well before Christmas - and was then taken very poorly - in and out of hospital several times. He is now home, but still poorly.
I helped him complete his latest book (The North Finchley Writers' Group) ... and I know this isn't historical fiction, but Richard has been a staunch supporter of indie authors and Discovering Diamonds for many years, so I think he deserves his moment in the spotlight!
Please do share ... and maybe buy his book? 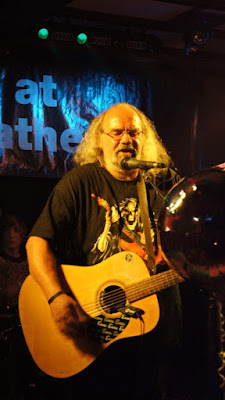 Hello Richard, welcome to our Discovering Diamonds Guest Spot. Along with my readers and visitors I love to hear from authors who write wonderful stories. There’s nothing better than curling up with a good book,  box of chocs and glass of wine to hand!
Q. Would you like to tell us a little bit about yourself...
A. I am retired now and my last job was as a Civil Servant. I was born in north London, have four children and an equal number of grandchildren.
Q. Where do you live?
A. I live in Lichfield, Staffordshire, but I have 'roamed' around north London, Barnet and Margate as well as Staffordshire.
Q. If you had a choice to live anywhere – where would it be?
A. I have often thought about this! I can't choose between Scotland, Margate/Broadstairs area or North Devon where I had many happy childhood holidays at Croyde Bay.
Q. Modern house, old cottage, castle or something else?
A. Oh, a castle!
Q. Cat,  dog or budgie?
A. Cat – mine is named Dickens
Q. Are you a ‘dining room for dinner’, or a ‘tray on your lap in front of the TV’ person?
A. Definiely tray on the lap!
Q. TV preferences – documentary, drama, comedy, soap or thriller?
A. I'm very picky with TV: documentaries if they are about a subject I do, or want to, know about. Good dramas and thrillers as long as they don't get complicated, 'clever' comedies such as Yes Prime/Minister, or gentle 'British' comedies with a minimum of swearing etc. I never watch soaps!
Q. What was your first published novel about?
A. Not a novel, but a collection of short stories called Melody Mayhem 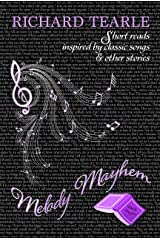 Q. What was your last novel about?
A. The North Finchley Writers' Group is about, well, a group of writers in North Finchley! I take my characters through some monthly meetings where they discuss various writing topics and we get to learn their secrets. They decide to put together an anthology of short stories and we follow the difficulties they go through in the process. I have drawn on the experiences of my many writer friends to create an entertaining read that also has a few hints and tips for would-be novice writers. I'm hoping that writers and readers alike will enjoy 'virtually' joining the North Finchley Writers' Group! 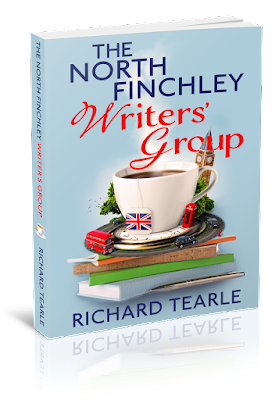 Q. Do you write in one genre or several?
A. In a sense, several as I write stories inspired by songs, historical characters, ghost stories and even stories about football! (I'm an avid Tottenham Hotspur fan)
Q. Have you ever considered exploring a totally different genre?
A.  Absolutely! Historical fiction would be my choice and several WIPs involve Edmund Ironside, one of Uther and Arthur's 'knights' (Ulfius) and a nasty highwayman.
Q. If you could, which two of your characters would you like to invite to spend an afternoon with you?
A. From one of my WIPs I would ask Aeldgyth, the widow of Edmund Ironside and from my short stories, Richard III, of whom I have written a few. I think they both would have answers to all the questions I have.
Q. Where would you go / what would you do?
A.  Somewhere nice and peaceful, such as the seaside. I wonder if they would enjoy a coffee?
Q. How do you prefer to travel? Plane, boat, car?
A. Car
Q. You are out for a walk. You see a chap sitting on a wall, looking right fed up – but there’s something odd about him... What? And what  do you do?
A. Interesting! I think I would stop, sit beside him and try to winkle out of him what his problems are.
We have a long-running Radio programme here in the UK called Desert Island Discs on which celebrities talk about their life and select eight of their favourite discs... so changing that slightly...
Q. If you were shipwrecked on a desert island, what eight books would you want to find left in an abandoned hut? (There’s already a Bible, the Quran, and the complete works of Shakespeare)
A. Only 8???
1.  King Solomon's Mines by H Rider Haggard – my first 'grown up' book
2.  Lord of the Rings by J R R Tolkien – simply classic and timeless
3. The Blue Bench by Paul Marriner – of all the books I reviewed by authors I did not actually know, this one remains very much my favourite
4.  To be a Queen by Annie Whitehead – a fabulously written novel about the Lady of the Mercians, a woman whose role in history has been understated
5. The First Law trilogy by Joe Abercrombie – by far the best fantasy writer around
6.  The Illustrated Man by Ray Bradbury – the Master. The man who taught me the power of the short story.
7.  1066 and All That by Sellars and Yeatman – no matter how many times I read it, I always have to giggle.
8. The Sea Witch series by Helen Hollick – not being sycophantic, just love this fictional pirate and he just has to join me on my desert island!
Q. What sort of island would you prefer, and why? (e.g. Desert Island... Hebridian Island...)
A. Hebridean – I love Scotland!
Q. And you would be allowed one luxury item – what would you want it to be? (a boat or something to escape on isn’t allowed.)
A. My guitar – at least I would have the time to practice 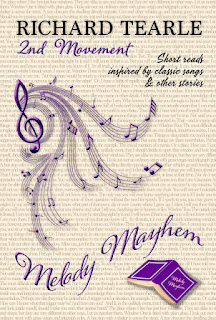 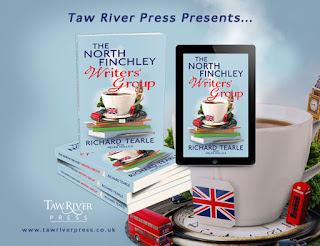