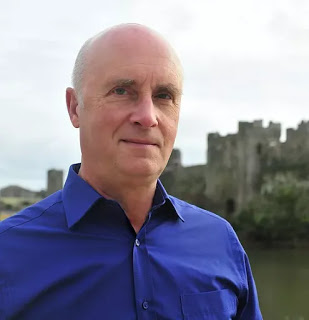 Q. Would you like to tell us a little bit about yourself....

A. I’m a full-time historical novelist, following the stories of the Tudors from the first meeting of Owen Tudor and Queen Catherine of Valois to the death of Queen Elizabeth I.

Q. Where do you live? 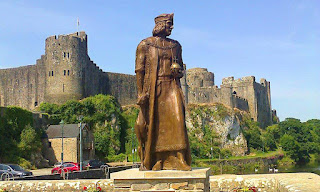 Q. If you had a choice to live anywhere – where would it be?

A. Hampton Court Palace – or if it’s not available, Windsor Caste would do.

Q. Modern house, old cottage, castle or something else?

A.  Modern – a short drive from the sea and the River Cleddau

A. We had a (high maintenance) Samoyed, (Siberian husky)

Q. Are you a ‘dining room for dinner’, or a ‘tray on your lap in front of the TV’ person?

A. Standards have to be maintained.

Q. What was your first published novel about?

A. Queen Sacrifice is set in ancient Wales. Two kings battle for their lives. The queen of the northern tribes has a new son and the king of the south has a young Saxon bride. At the heart of the conflict are the bishops, who are torn between their faith and their duty. Powerful knights and warlords see the opportunity to grow rich but know there the loser will pay a heavy price. The narrative faithfully follows EVERY move in the queen sacrifice game, known as "The Game of the Century" between Donald Byrne and Bobby Fischer in New York City on October 17th, 1956. 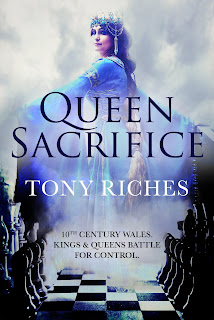 Q. What was your last novel about?

A. Drake – Tudor Corsair is the first book of my new Elizabethan series, and follows Devon sailor Francis Drake as he sets out on a journey of adventure and discovery, sailing around the world and becoming an unlikely favourite of Queen Elizabeth I and one of the richest men in England. 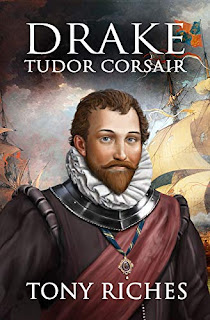 Q. Do you write in one genre or several?

A. I have several non-fiction books, but I’m best known for my Tudor historical fiction.

Q. Have you ever considered exploring a totally different genre?

A.  Yes, I’ve written one contemporary thriller, The Shell, inspired after my wife and I faced the danger of kidnap on a beach in Mombasa. 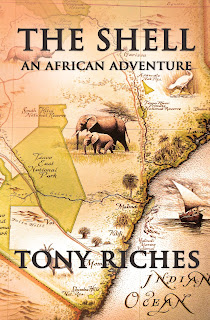 Q. If you could, which two of your characters would you like to invite to spend an afternoon with you?

A. I’d love to meet Henry VIII’s best friend, Charles Brandon, Duke of Suffolk – and his last wife, the intriguing Katherine Willoughby, who both feature in my book, Katherine – Tudor Duchess. 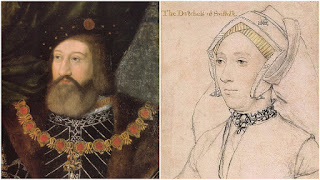 A. It would be fun to take them to present-day London and see what they think of it.

Q. How do you prefer to travel? Plane, boat, car?

A. The Tudors have bought me an ocean-going yacht (which has been in the boatyard throughout the pandemic) so I’d prefer to travel by sea.

Q. You are out for a walk. You see a chap sitting on a wall, looking right fed up – but there’s something odd about him... What? And what do you do?

A.  I would keep two metres distance, smile and say, ‘good morning’.

We have a long-running Radio programme here in the UK called Desert Island Discs on which celebrities talk about their life and select eight of their favourite discs... so changing that slightly...

Q. If you were shipwrecked on a desert island, what eight books would you want to find left in an abandoned hut? (There’s already a Bible, the Quran, and the complete works of Shakespeare)

2. Far from the Madding Crowd, by Thomas Hardy

3. On Writing: A Memoir of the Craft, by Stephen King

4. Out of Africa, by Isak Dinesen

6. A Promised Land, by Barack Obama

9. Boatbuilding: A Complete Handbook of Wooden Boat Construction, by Howard I Chapelle

Q. What sort of island would you prefer, and why? (e.g. Desert Island... Hebridian Island...)

Q. And you would be allowed one luxury item – what would you want it to be? (a boat or something to escape on isn’t allowed.)

A. A solar powered MacBook Pro with 2TB hard disk and Word.