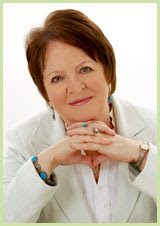 There is a gigantic canvas for a historical novelist to choose from.
I am a multi-published, best-selling historical novelist. My novels are set in the reign of Charles II’s niece, Queen Anne Stuart, who reigned from 1702 to 1714, the ever-popular Regency era, and in Edward II’s reign.

I chose these periods because each of them affected the course of history. If the Duke of Marlborough had not won The War of Spanish Succession, and The Duke of Wellington had been defeated by Napoleon at The Battle of Waterloo, the history of Britain and that of Europe would be different. Defeat would also have had far-reaching consequences for the rest of the world. If Edward II had won the Battle of Bannockburn, it is feasible that he would have conquered Scotland and, perhaps, as it is claimed, he would not have been murdered.

The more I read about my chosen eras the more fascinated I become, and the more aware of the gulf between the past and present. Our ancestors shared the same emotions as we do, but their attitudes and way of life were in many ways very different to ours. One of the most striking examples was the social position of women and children in bygone ages.

My characters are of their time, not men, women and children dressed in costume who behave like 21st century people. Research of my chosen eras sparks my imagination. The seeds of my novels are sown, and from them sprout the characters and events which will shape their lives.

The themes in each of my historical romances are familiar in the 21st century. In Sunday’s Child the hero suffers from post-traumatic stress at a time when the condition had not been recognised. The heroine in False Pretences is desperate to find out who her birth parents are. The Captain and The Countess shows the reluctance of an older woman with a troubled pasts  to accept a much younger man as a suitor.

I was born in Kent. As a child, when I was not making up stories, my head was ‘always in a book.’ While working in a travel agency, I met my Hindu husband. He encouraged me to continue my education at Westminster College. In 1961 I and my husband, by then a barrister, moved to his birthplace, Kenya, where I lived from 1961 until 1982. After an attempted coup d’état, four of my children lived with me in an ashram in France.

Back in England, I wrote historical fiction, joined the Romantic Novelists’ Association, The Historical Novel Society, Watford Writers and on-line groups, and am now published by Books We Love Ltd.

My bookshelves are so crammed with historical non-fiction, which I use to research my novels, that if I buy a new book, I must consider getting rid of one.

Time spent with my five children and their families, most of whom live near me, is precious. 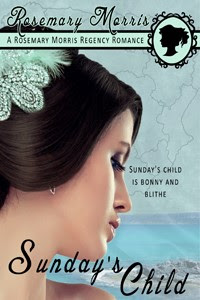 To find out more about me and read the first chapters of my novels please visit my website. www.rosemarymorris.co.uk

My novels are available from Amazon, Barnes and Noble, Kobo, Smashwords, Walmart and other online bookstores.