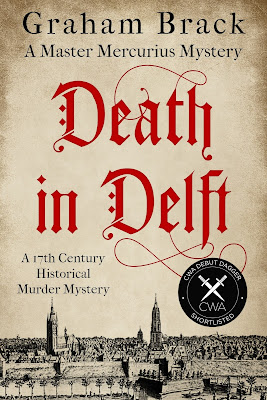 Graham Brack lives with his wife Gillian in Northamptonshire and has two children and three young granddaughters. He trained and practised as a pharmacist and has also written about football, rugby and medical law.

Graham has been writing for as long as he can remember, but now concentrates on crime fiction. Three times shortlisted for the Crime Writers' Association's Debut Dagger prize (in 2011, 2014 and 2016) he never quite managed to win it.

His 2011 entry was published as Lying and Dying, the first of his Josef Slonský mysteries set in Prague. Five more books have followed. 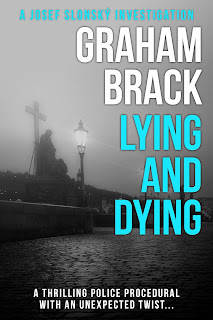 The 2014 offering is Death in Delft, a story set in the late 17th century in the Netherlands and featuring the reluctant detective Master Mercurius, a philosophy lecturer at the University of Leiden. When young girls disappear the Mayor of Delft sends to Leiden asking the Rector of the University to send the cleverest man he can spare to help unravel the mystery. Despite his feelings of inadequacy, Mercurius sets to work, learning something of ordinary people’s lives in the process. 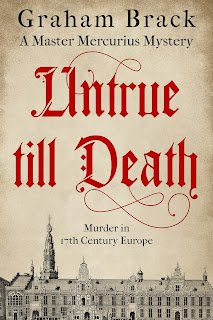 In his second adventure, Untrue Till Death, Mercurius is summoned by William of Orange to investigate a treasonous plot against William’s rule. Not knowing whom he can trust, William needs an outsider to find the guilty men. This proves to be more dangerous than Mercurius is comfortable with, though it would not have to be especially hazardous for that to be true.

Graham and Gillian are frequent visitors to the Low Countries where Graham researches the background to his stories whilst simultaneously assessing coffee shops and restaurants. As a result of these trips Graham is now able to bore audiences on a range of 17th century topics relating to the Netherlands.

Graham has (so far) written another two stories in the Mercurius series, taking the story from 1671 to 1680. You can read more about Graham and his work at www.grahambrackauthor.com and follow him on Twitter @grahambrack.