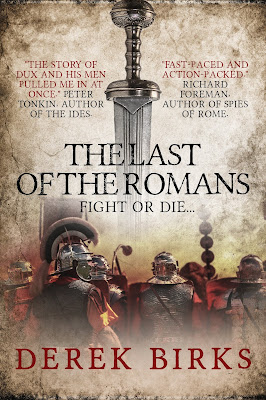 About Derek Birks
Derek was born in Hampshire in England but spent his teenage years in Auckland, New Zealand, where he still has strong family ties. For many years he taught history in a secondary school but took early retirement to concentrate on writing.

Derek writes fiction which is rooted in accurate history. He is interested in a wide range of historical themes, but at the start of his writing career he focused on the late medieval period. His debut historical novel, Feud, is set in the period of the Wars of the Roses and is the first of a series entitled Rebels & Brothers which follows the fortunes of the fictional Elder family.
It was always Derek’s aim to write fiction where the main protagonists are both male and female. Thus, in the Rebels & Brothers series, the focus is on the exploits of three young siblings who are from a noble family of middling status. Ned Elder, an untried knight and soldier, is the eldest; his sister, Emma, is plain, practical, a little sombre and mostly conventional; and, by stark contrast, the younger sister, Eleanor, is beautiful, brash to the point of reckless and most unconventional. In Lady Eleanor Elder, Derek has created a rather special character who has shocked and entertained his readers perhaps more than any other.

Derek’s books are action-packed and almost no character is safe so – as one reviewer has said: “Don’t get too attached to anyone!”
However, dire threats have been made to the author by some readers should he decide to kill off Lady Eleanor!

Derek’s interest in the Wars of the Roses period goes beyond fiction and he has produced almost fifty non-fiction podcasts about the subject for those who want to explore what really happened. These are available from his website, or through i-Tunes and other podcast providers.
Derek’s most recent novel, an Amazon bestseller, is The Last of the Romans, which is a complete change of time period and setting. It is set in turbulent fifth century Europe and centres upon the shadowy historical figure of Ambrosius Aurelianus.

Ambrosius Aurelianus is an interesting figure for whom there is some documented evidence in a time period where there is so little evidence for the existence of any named individual. It is a period rich with Arthurian fantasy and some have suggested that Ambrosius is the basis for the legendary Arthur.
In The Last of the Romans, Derek explores the origins of the man and provides a wholly fictional, yet plausible, backstory for Ambrosius.
Derek’s forthcoming book is a sequel, entitled Britannia: World’s End, which finds Ambrosius in post-Roman Empire Britain. There he must grapple with a broken society which is no longer exactly Roman, nor yet especially Saxon; it is a land in flux, where no one man – or woman – has control. The landscape is recognisably Roman, yet many of the towns and villas which once drove the economy are decaying and the rule of law is in the hands of the most powerful.
Into this uncertain world, Ambrosius and his companions arrive in winter as refugees hoping to carve out a new life in a place sometimes described by Romans as… World’s End.

Britannia: World’s End will be out in the early summer 2020. 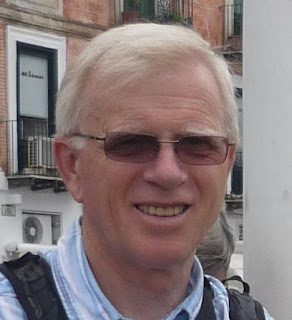