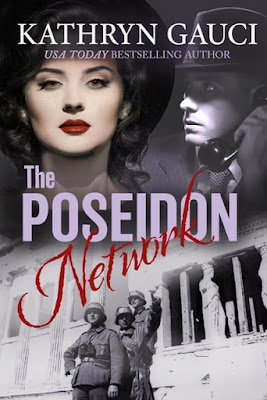 Thank you for giving me the chance to showcase my books and talk a little about my writing life on Discovering Diamonds, Helen. You and your team do a great job promoting other authors and I for one, am extremely grateful for the work you do.
[Helen: Thank you!]

I started writing just over six years ago after a career as a textile/carpet designer. Travel, history and art have always been an important part of my life and so when I did decide to become an author, I naturally gravitated to historical fiction which still allowed me to explore all this, albeit, through the written word rather than design. For me, writing is a case of “write what you know” which is why I wrote my first novel set in Greece and Turkey. The Embroiderer is an epic story spanning 150 years through the female line of one family. It is a saga of love and loss, hope and despair, and I was able to touch on all my favorite subjects: the shadowy world of political intrigue and espionage, a belief in superstition, art, and above all, the extraordinary courage of women in the face of adversity at a time when the Ottoman Empire was disintegrating and modern Greece was still a young country. The Embroiderer was also taken up by a Greek publisher. 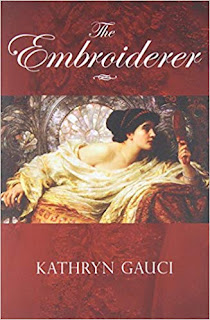 After this, I decided to write two more set in the region. The second, a novella, Seraphina’s Song, is set in Piraeus, Greece, during the 1920’s and 1930’s. It is about a hopeless love affair between a bouzouki player and a taverna singer. Immersing myself in the underworld of Greece during that time, especially the music, was a pleasure to write. 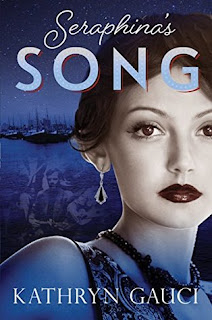 The third in what I call my “Asia Minor Series” is The Carpet Weaver of Uşak. It is the haunting story of a deep friendship between two women in a carpet weaving village in Anatolia, one Greek Orthodox, the other a Muslim Turk: a friendship that transcends an atmosphere of mistrust, fear and ultimate collapse, long after the Great War and the Turkish War of Independence have ended. I suppose it was inevitable I would write about carpet weaving as I had been a carpet designer in Athens for six years and spoke to families who used to live in the region of Anatolia. Whereas The Embroiderer was about a family who gains privilege and wealth in the Ottoman Empire, The Carpet Weaver of Uşak concentrates on village life. For these villagers, few were educated and none of them knew about politics in the wider sense. Their life centered on survival, and to survive, you needed the trust and friendship of your neighbor, regardless of their race of religion. 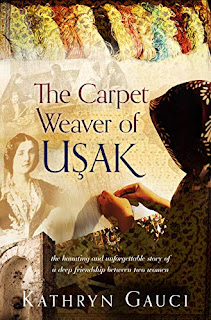 My other area of interest is WWII. Conspiracy of Lies is set in France and is about a woman who leads a double life as a Gestapo Commandant’s mistress and an SOE secret agent in order to retrieve vital information for the Allies. 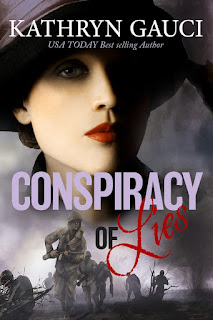 This led to my second WWII novel (novella) set in France – Code Name Camille. It was first written as part of The Darkest Hour Anthology: WWII Tales of Resistance, along with nine other WWII authors. In the first week, it became a USA TODAY bestseller. All proceeds were donated to the Washington Holocaust Museum. It is now a stand-alone novella. The story is about twenty-one-year-old Nathalie Fontaine who heads to Paris and joins the Resistance, but a chance encounter with a stranger exposes a traitor in their midst who threatens to bring down the entire network. 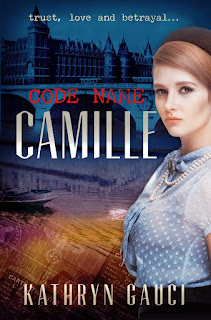 The third book in my WWII series is The Poseidon Network and is set in Greece, so in a way I am combining my two loves again – WWII and Greece. It begins in the shadowy souks and cocktail parties of Cairo’s elite and moves to the mountains of Greece, Athens, the Aegean Islands, and Turkey. The Poseidon Network is a cat-and-mouse portrait of wartime, part of which is based on actual events. With this novel, I wanted it to be more of a spy/espionage/thriller, rather than a straight Resistance story.
Where to next? I have just spent two months in the Jura/ Franche-Comté region of France exploring WWII, the Resistance and the smuggling routes to Switzerland, so this current WIP is set there. I am hoping to have it completed in three months. After that I plan to do something quite different. It will incorporate much of my earlier research, but is a different genre. I can’t say any more at this point except that it’s bubbling away in my mind and I am very excited to begin it. 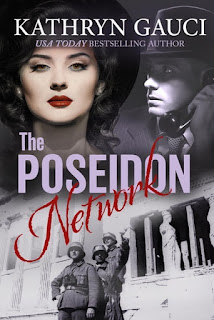 Thank you for hosting me on Discovering Diamonds, Helen. It’s been a pleasure to be with you.