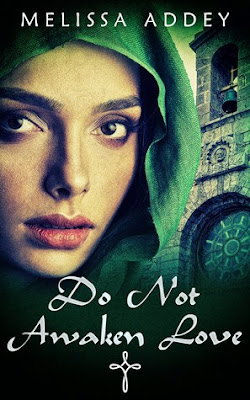 11th century, Northern Spain. Isabella has been a nun in the Christian kingdom of Galicia since she was a child, a gifted herbalist leading a quiet and spiritual life, devoted to God. But on a rare journey outside of the convent, she is taken by Viking raiders and sold to Morocco as a slave. Cruelly treated by her first owner, salvation comes from an unlikely source: Yusuf bin Tashfin, leader of a vast Muslim army intent on conquering all of North Africa. Isabella must struggle not only to survive her new life but to hold true to her faith, which is tested by great dangers… and by love.

It's a testament to the strength of Ms Addey's writing that I did not read the blurb before accepting a copy of this book for review. I saw that she had a new book, and I requested it. So I knew nothing about it when I started reading. Thus the scene where Isabella is taken by the Norse came as a complete surprise to me. The opening pages of this novel are magnificent; the change of pace as Isabella's life changes from nun on a gentle journey to bound captive is dramatic and superbly handled.

Ms Addey shows Isabella as a woman of her time. She is a Christian nun and as such does not wish to converse with people of other faiths. This might jar our modern sensibilities but it absolutely rings true. What befalls Isabella - including the loss of both her birth name, and her given name of Sister Juliana - gives her cause to reconsider her views, in a way that is both plausible and believable.

Had I read the blurb, I would have been expecting the arrival on the scene of Yusuf, for I have met him before. The author has given us the story of these turbulent times in her other books in this Moroccan series and each is told by a different woman, all of them key players and all connected to Yusuf in some way. Inevitably, then, there is a sense of deja vu, and if you have read any of the other books but particularly if you have read A String of Silver Beads, there are no further surprises. Kella, Yusuf's first wife, has a deep and abiding connection to Sister Juliana which we learn about in A String of Silver Beads and so there are no plot twists here.

What we have instead is the same events told from Juliana's perspective and the story is very much one of character development. Experiences shape her, her relationship with Yusuf is complex and taxing, and she goes through a transformation which makes her a stronger version of what she once was, but it is not an easy journey. Isabella/Juliana is somewhat of a mysterious figure in A String of Silver Beads; here she describes her own story and becomes a central character, an essential part of the narrative.

As always, the sights, sounds and smells of Early Medieval North Africa and of Spain are exquisitely painted. One doesn't read, so much as watch.