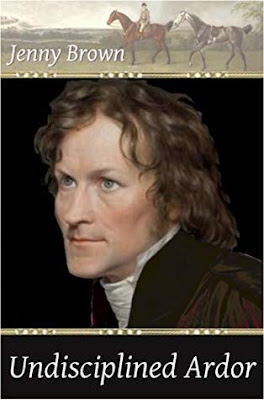 Regency romance
18oos
England
I was hooked with the first line of the first chapter: “Whoever invented stays must have hated women.”
Jo Trenoweth is NOT a Society miss. Her father wanted a boy but had only one child, a daughter. So, choosing to ignore convention, he treated her as a boy, even allowing her to dress as one and letting her spend most of her time hanging out in the stables with the stable boys.  Horses are her passion; her dream is to become a good enough rider to perform at Astley’s Amphitheatre.
Unfortunately for Jo, her Papa shuffles off his mortal coil. She’s left to the ‘tender’ mercies of his nasty younger brother - the new heir - and his equally horrible wife. The first thing the ratbag uncle does is sell her beloved mare, Comet. His next action is to try and marry Jo off to the highest bidder before she reaches twenty-one and becomes free of his control.
Jo’s future is looking very dire. The ghastly aunt dresses her in the aforementioned stays and ugly unfashionable hand-me-downs and drags her off to Hyde Park.  And, you guessed it, along canters the wicked but handsome Viscount Wixford, exercising a new horse ― her horse.
Fast-paced, unpredictable and delightful are my descriptors of this story. It’s well-written, with amusing and believable storylines and characters. Of course, we have the traditional tropes of a Regency romance but the twists and turns keep the pages turning.
(There are a few graphic sexual scenes, however, which may not suit all readers.)
Reviewed for Discovering Diamonds