The Bohemians by Jasmin Darznik 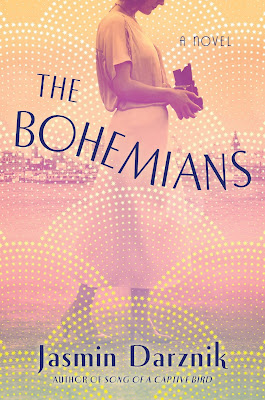 Amazon UK
Amazon US
Amazon CA
Amazon AU
Goodreads
Biographical fiction
1900s
San Francisco
This book hooked me on the first page—I couldn’t put it down.
Dorrie (Dorothea Lange) saved every cent in her work as a photographer’s assistant in New York in order to go travelling, but the First World War got in the way. So, with Paris not an option, she headed instead to San Francisco.
The excitement of her arrival rapidly turned to terror when, within an hour of stepping off the train, a pickpocket relieved her of every hard-sweated penny.
“The first and most important thing that happened to me when I got to San Francisco was that I learned what it felt like to be alone and penniless, to have no tie to the world but fear, hunger, and need. That’s where it all started for me.”
All she had left was her precious camera. That night she slept on a beach, cold, frightened and hungry. The next day she met Caroline Lee, a beautiful Eurasian girl who became her best friend, helping her make sense of the confusing and sometimes frightening world she’d landed in. And more than that, she supported Dorrie in her quest for success as a portrait photographer.
A central theme, woven skilfully into the fast-paced action, is how second-class citizens—women and anyone not white, but especially those of Chinese descent—suffered at the hands of powerful white males of a certain type. Even in a liberal city such as San Francisco, discrimination dominated.
How Dorrie flipped her dire start into becoming one of the most influential documentary photographers of the last century is a gripping story. And her friend Caroline’s story about the violence done to Chinese girls and women is disturbing and powerful.
The latter part of the book outlines the bones of her later life, when she turned from portrait photographer of the rich to documentary photographer of the Depression. Many readers will recognise the famous Depression-era photo ‘A Migrant Mother’ en.wikipedia.org/wiki/Migrant_Mother. Lange was that photographer.
Based on fact and woven together with quality research, this story will fascinate, horrify, and delight. And if you’ve ever lived or visited San Francisco, you’ll love the way Darnzik depicts the atmosphere, the buildings and the characters, both true and imagined.
The only (small) gripe I have is that the last small section, filling us in on the later life of Dorothea Lange, seemed rushed and disjointed. However, it’s compensated for with an extensive section of historical notes at the end. As with all good historical novels, I learned a heap and enjoyed a wonderful story.
Reviewed for Discovering Diamonds
© Robyn Pearce
e-version reviewed