The Lover and The Jealous by Laury Silvers 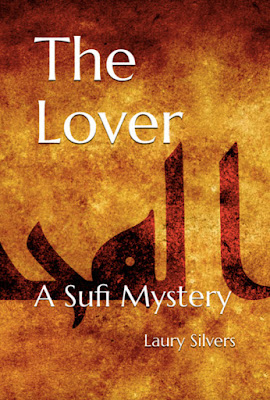 Amazon UK
Amazon US
Amazon CA
Amazon AU
Goodreads
Fictional Drama
10th Century
Baghdad
The Lover is a story of mystics and mysteries in 10th-century Baghdad, a setting so well invoked you can feel dust under your sandaled feet, taste the coolness of water and the earthiness of lentils, feel the heat of the sun reflecting off walls and the breeze on rooftops at night.
The death of a child – a servant who falls to his death from the rooftop where he is sleeping – is the prosaic mystery to be solved. Why should the police do anything but a cursory investigation over his death? He was known to sleepwalk, and who in a respected imam’s household would kill a child?
But beyond this mystery is another story, that of brother and sister Zaytuna and Tein. Children of a celebrated Sufi mystic, raised within and often by other Sufi adherents, they both become embroiled in the circumstances of the child’s death in different ways: Zaytuna through the network of servants and labourers she is part of; Tein through his appointment to the Baghdad police.
The Lover of the title is one of the faces of God, but the longing for love is a theme that runs throughout the book. Zaytuna and Tein’s mother desired nothing more than complete immersion in God’s love; Zaytuna especially feels the lack of a mother’s focus, but is equally drawn to find a path to the same love of God her mother sought.
Women are central to this story. Not, with one exception, women of privilege, but the working women of the city. Author Laury Silvers is both a Sufi Muslim and a scholar of Islam, and she portrays honestly both the humiliations and limitations of these marginalized lives, and the joys and moments of levity or deep feeling.
Woven into the narrative are the practices of Islam, and the divide between Sufi and Shia paths; these are beautifully written as part of the story, without overwhelming the reader with information. Because this setting is unfamiliar to many readers, time is taken to build the world at the beginning, but the pace quickens after the first couple of chapters. This is a book that needs to be read carefully, paying attention to names and allegiances, but it is well worth taking the time to do that.
The Lover is the first book of a series: I am looking forward to reading the next. Highly recommended for a reader of historical fiction looking to learn about an unfamiliar world and who appreciates nuanced, layered writing – and history.
Reviewed for Discovering Diamonds

The Jealous, by Laury Silvers 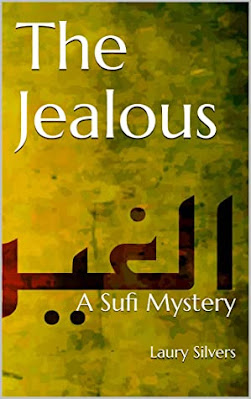 Amazon UKAmazon USAmazon CAAmazon AUGoodreads
Fictional Saga/ Mystery
Medieval
Baghdad
Jealousy abounds in Laury Silvers’ The Jealous, the second of her Sufi Mysteries. Set in medieval Baghdad, this story follows on from the first, The Lover, and should be read in order to fully understand both the characters and the spiritual and moral paths they are on. (The titles to both books are names Sufis use to refer to Allah.) Because while these books can be approached purely as procedurals, the solving of a crime, they are much more than that.
Centered on the washerwoman Zaytuna and her twin brother, the policeman Tein, The Jealous begins with the death of a respected scholar, Imam Hashim. His wife insists he has been cursed to the death by the enslaved girl he used for sexual purposes; the girl confesses. But is she telling the truth?
Silvers’ eye for sensory detail means the reader is immersed in the setting, both in the meagre quarters of Zaytuna and the richly appointed dwellings of the rich. The street sounds and smells; the pleasures of food; the heat of the sun and the coolness of courtyards are all evoked with skill. But against this background, hard questions are being asked of both the characters and the reader.
Three intertwined themes run through the story: jealousy, both possessive jealousy and protective jealousy; the inability to truly listen, and the concept of consent. In their weaving together to tell a story of assumptions made from a failure to understanding – whether that is from fear or prejudice or complacency – and the effects of those assumptions on the lives of others, Silvers again takes us into the lives of women of little agency. In The Jealous, the enslaved Mu’mina has no power over her life at all, not in law or practice. She is a possession, to be used as her owner sees fit. But neither is she listened to by those who offer her help, men or women.
As the investigation into who killed Imam Hashim unfolds, the imperfections and excesses of his life reveal more people with both motive and opportunity to kill him. But can Tein and Zaytuna, and Ammar, Tein’s superior, put aside their own anger and open their own minds to find the truth?
The Jealous is not a light read, but it is an engrossing one. Silvers parallels the search for spiritual truth and its difficult demands with the tenacity and hard questions that must be asked to solve a crime, and asks one of the hardest questions of all: what might change in our own lives if we learned to truly listen?
Immersive, engrossing, and challenging. A definite 5 stars
Reviewed for Discovering Diamonds
© Marian L Thorpe