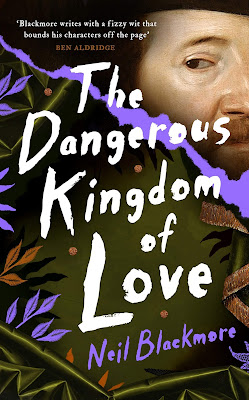 Fictional Drama /Adult content/LGBT
1600s
England
Having served under Elizabeth I, Sir Francis Bacon is now a lawyer at the court of James I, if not willingly, at least his position is what he wants, even if his king falls short of expectation. But he accrues enemies - as people with power who won't do as they are told do - and Bacon attracts powerful enemies at court, a legacy from a report he wrote that led to the demise of the Earl of Essex. Now he is being persecuted by Robert Carr, the king's lover, and he joins forces with the queen to find a way to bring Carr down, and, in so doing, allow Bacon to attract more power at court.
And the great plan? To replace Carr with a creature of their own choosing in the king's bed. Bacon uses his network of spies to find a suitable candidate but stumbles across George Villiers, a twenty year old lad from Leicestershire who is perfect - in every way. Bacon himself prefers a more rugged man to pleasure himself with, so when he realises he is attracted to the pretty strawberry blond boy, it can only lead to trouble.
The Dangerous Kingdom of Love is written as a memoir, with Sir Francis Bacon addressing his readers directly, the fourth wall being breached in literature. He is open about himself, his thoughts, how he views the world, and his opinions and feelings about everything. He tells us his story and we are, naturally, entirely sympathetic to him. And so, when his eyes are opened to his own behaviour, when we learn at the same time as he does that his world can be viewed very differently, we feel the shock with him and we look back over the rest of the novel and wonder at everything he has said and judge him afresh.
This is the second of Neil Blackmore's novels I've read and so I'm expecting the profanities (the use of the 'F' word) and the open homosexuality described. Some readers won't be, and I suggest that, if you are sensitive, don't read it. If you are OK with the material, you will read a love story that holds true for all relationships, regardless of those involved.
If there were a criticism, it is that the ending is rushed. We go almost day by day through Bacon's life through the main body of the novel, then, close to the end, we hurtle through several years in the space of a couple of pages where Bacon narrates the story. It feels as if he's heading to the conclusion, but he isn't, and that is a bit annoying as it grates against the detail of the rest of the novel.
At worst, this is a sexual romp through the reign of James I; at best it is a multi-layered study of love which highlights, as the title promises, the dangers of falling in love.
Reviewed for Discovering Diamonds