Lost Lady by Michael Reidy
shortlisted for Book Of The Month 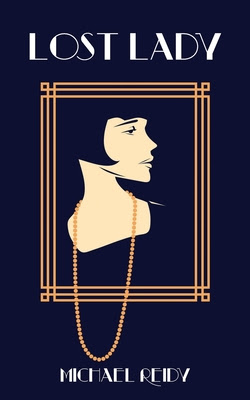 Amazon UK
Amazon US
Amazon CA
Amazon AU
Goodreads
Fictional Drama
Paris
1920s
"Set against the glamour and excitement of 1920s Paris, the events of Lost Lady shadow the life of a young émigré to reveal a microcosm of Russian history. Natasha ekes out a living as an artist's model, sewing costumes for the ballet and playing the piano for Mme Duflot's notorious establishment. Befriended by the young Charles Boivet, still finding his feet after the Great War, the girl he knows only as Natasha draws him out and introduces him to the cultural life of les annes folles. However, the complex social and political entanglements of the Russian communities threaten her safety and his. Intrigue, conspiracies and rivalries begin to dominate Natasha's life in this sub-culture and Charles can only watch as she is sucked in."
I have often observed that writing a book is like making a cake. If you put in all the right ingredients, it is not entirely a guaranteed success, but if you miss one out, it will surely fail.  Imagine a book that lacks a basic ingredient and yet still manages to be a wonderful, intoxicating read.
The missing ingredient concerns the two main characters, Charles and Danielle, very good friends who wine and dine together, attend art galleries and concerts, and believe they can maintain a platonic relationship. We do not know what they look like: the colour of eyes and hair, how tall they are, good-looking or otherwise. We don’t even know their ages except that they are young-ish. Their mode of dress is never related. Most authors expend great effort to describe the main characters. But here, the author’s skill is such that we know them intimately despite not knowing their personal details. They are a blank slate upon which we can paint our own impressions.
Another unusual thing is the antagonist. At first I thought there wasn’t one. The Okhrana lurks menacingly in the background, but doesn’t impact the lives of the two main characters. I came to the conclusion it was Natasha, who doesn’t fit the mold because she is a good person, but she is the one who prevents the two friends from resolving their conflict.
Natasha is a young girl who works as a model and sleeps with artists in exchange for a place to stay. She introduces the two friends to Russian emigres who escaped the revolution and yet are still in fear for their lives, and before long the two find themselves steeped in Russian culture. From the beginning, Natasha is an enigma. She appears to be a malnourished and penniless waif, who cadges drinks and dinners and leaves before they can find out much about her. But she has refined manners, can quote Tolstoy and knows some aristocratic Russians. She is a mystery the two friends are determined to solve.
Paris in the 1920s is in the process of change, trying to shake off the post-war gloom and rediscover itself. The Russians, on the other hand, are desperate to hold onto the past, its culture and privileged society. Charles and Danielle both have shadows from the past standing in the way of present happiness. For Charles, it is his experiences in the Great War. For Danielle, it is the death of her fiancé in the same war. They too make a conscious effort to leave the past behind and enter the post-war world.
This is an excellent book, rich in the culture of a place and time, with three unforgettable characters who bring out the best in each other. I thoroughly enjoyed it and didn’t want it to end.
I must also note the cover. So simple, and so evocative of the era.
Very highly recommended
Reviewed for Discovering Diamonds