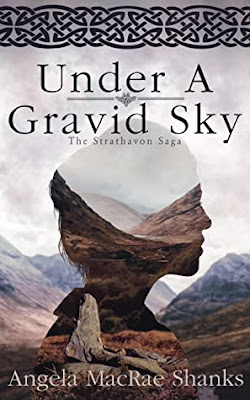 Fictional Drama
1700s
Scotland
"The north-eastern Highlands, 1747. In the weeks following Culloden, a victorious Hanoverian army rampages through the glens, committing atrocities, intent on crushing the rebellious Highland clans. In occupied Strathavon, persecuted families struggle under repressive new laws and rent rises. Five-year-old Rowena loses her mother, while Duncan witnesses the brutal events that make him an orphan.
A sensitive child told she must harden herself, Rowena turns to Morna, the green woman, who takes her on a journey of discovery into the magic of the natural world, passing on her healing skills. But as she blossoms into a woman, Rowena catches the eye of Hugh McBeath, a ruthless exciseman sent to extinguish the scourge of whisky smuggling from the Duke of Gordon’s lands. Beguiled, McBeath believes her a witch. Nevertheless, he must have her for his wife.
Smuggling illicit whisky has long been a tradition in Strathavon; the fiery spirit brings coin for paying rents. Now smuggling is deemed a traitorous act that helped fund the Jacobite Rising. Duncan is the best smuggler the glen has ever seen, but having hidden while his family burned, how can he ever be worthy of tender-hearted Rowena?"
It seems that the author is a native of the land she writes about, and it shows. The descriptions of this corner of Scotland are vividly portrayed, and she is adept at describing the working lives of the poorer folk who lived there in the 18th century and of the trials they faced just to stay alive. This is a beautifully produced book, with a gorgeous cover, and there is just enough dialect in the speech to give a real flavour of time and place, without it ever being confusing. And, on that note, the history and politics are dropped in very lightly - just enough so that we know what's going on, but never too much that we get an 'info dump'.
I'd have liked to see a slightly faster-paced narrative, particularly in the opening chapters which might have benefited from the children growing up by a few years, and I also wonder whether McBeath didn't need a little more back story, which could have developed his character and made us understand why he behaves so villainously. There were also a couple of plot points which didn't ring quite true for me. A good, experienced no-nonsense technical editor would bring out the talent that this author clearly possesses by helping to tighten the plot and resolve the pacing issues - to turn a good book into a brilliant one. Good editors cost money, but a really good editor is a worthwhile investment.
This is a prequel to The Blood and the Barley, and it's clear from the author's notes that more in the series are planned. Ms MacRae Shanks has created a world where she can explore the lives of her characters at length, and which she can return to time and again, and I'm sure her story-telling will grow stronger as the series expands.
Reviewed for Discovering Diamonds
© Lucy Townshend
e-version reviewed