A Discovering Diamonds Review of Calista by Laura Rahme 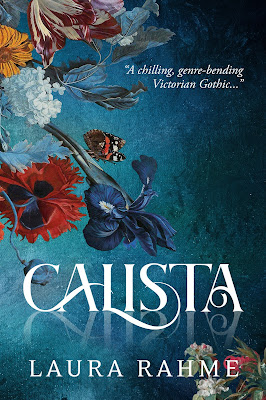 Gothic Thriller
England and Greece
19th century
“Colours and shapes have a habit of changing in this house. When you think you have grasped what you are seeing, you find it is all an illusion, and things take on quite another form.”
French detective Maurice Leroux is invited to look into four deaths that occurred in the space of a year at Alexandra Hall, a mansion owned by Aaron Nightingale and his Greek wife, Calista – two of the victims. The other two are Vera, Aaron’s sister, and a maid. Foul play is suspected. M. Leroux finds the atmosphere at the hall both sinister and mysterious. The housekeeper, a frightening individual, locks him in his bedroom at night ‘for his own protection’, but a locked door doesn’t allay his creeping suspicion that someone, somehow, has entered. The four maids and gardener, all owning various degrees of strangeness, act as if they have something to hide.
In such a book we might expect to read about spectral figures and things that go bump in the night. Here everyday objects take on a sinister aspect: spoons, a fountain that must never be turned off. M. Leroux’ own demons are resurrected – and none could be worse than a vicious mother – as he delves deeper into the mystery, comes to understand the relationships between the four victims and uncovers a terrible secret.
The author builds the drama very effectively to a satisfactory conclusion that will surprise.
I am new to this genre, but I enjoyed it -- and it didn’t keep me awake at night.
Reviewed for Discovering Diamonds