The Sins Of The Father by Annie Whitehead 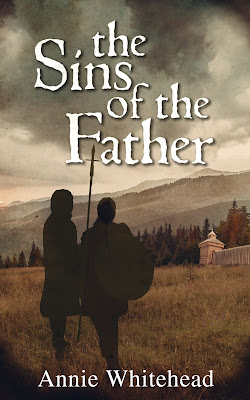 Amazon UK
Amazon US
Amazon CA
Amazon AU
available for pre-order
Historical Drama
7th Century
Anglo-Saxon England
"A father’s legacy can be a blessing or a curse...
AD658: The sons of Penda of Mercia have come of age. Ethelred, the youngest, recalls little of past wars while Wulf is determined to emulate their father, whose quest to avenge his betrayed kinswomen drew him to battle three successive Northumbrian kings.
Ecgfrith of Northumbria is more hostile towards the Mercians than his father was. His sister Ositha, thwarted in her marriage plans, seeks to make her mark in other ways, but can she, when called upon, do her brother’s murderous bidding?
Ethelred finds love with a woman who is not involved in the feud, but fate intervenes. Wulf’s actions against Northumbria mean Ethelred must choose duty over love, until he, like his father before him, has cause to avenge the women closest to him. Battle must once more be joined, but the price of victory will be high.
Can Ethelred stay true to his father’s values, end the feud, keep Mercia free, and find the path back to love?"
We are in Mercia. It is late in the 7th century. The hall is dim and shadowed...
The thing with any of Ms Whitehead’s books is that there is an immediate time travel effect: one moment I am here, in the present, the next I am following the protagonists down dusty roads, through harvests and bloody battles.
The historical setting is in all the little details: the retting of flax, the board games, the sweet mead, the wonder at holding a book—a precious thing in vellum—in your hand.  Clothes, edibles, the presentation of a life entirely dependent on the weather and the seasons—we tend to forget just how vulnerable our antecedents were to such things as a failed harvest—it all weaves together into a captivating peephole to the past. Ms Whitehead adds further depth by adding the casual references to flora and fauna—and I just loved the domesticated polecats, used to keep the mice population in storage sheds at bay.
Sins of the Father is primarily the story of Ethelred, the youngest of Penda’s children. Somewhat tired of always being a “guest” in various households, Ethelred is recalled to Tamworth, there to embrace the new king of Mercia, his older brother Wulfhere.
Wulfhere is hot-headed, quick to action and determined to make the Northumbrians pay for past hurts. Ethelred is a thinker, less prone to rushing headlong into anything. Also, Ethelred is constantly aware of how much the conflict with Northumbria has cost his kin: family members dead and his sisters gone missing.
Ms Whitehead has crafted a wonderful protagonist out of Ethelred. Considerate and kind, slow to anger and strategically inclined, Ethelred is one of those men who builds relationships based on loyalty and trust.
Any good story also needs a good antagonist. Ms Whitehead did not need to look far to deliver one. Oswii of Northumbria is distinctly dislikeable,  a loud bully who is not above using deceit and murder to rid himself of potential threats—including his own son.
Ms Whitehead’s evident familiarity with the period and its various movers and shakers combine with her beautiful prose to deliver one of those books you sit down to read on a Wednesday afternoon and then it is suddenly well after midnight and you reluctantly emerge from 7th century Mercia to cope with life in the 21st century. The people she writes about have been dead for over a thousand years, and yet she breathes such life into them I can almost imagine inviting them in for a cup of tea and a chocolate biscuit.
Ethelred’s life isn’t easy. There is loss and loss and more loss. But now and then, there are glimmers of joy, moments of utter contentment. And that, Ethelred knows, is more than most people get.
I think the majority of authors invest a lot of heart and soul into their writing. For many, that investment gets “lost in translation”, but Ms Whitehead’s pulse beats strong and true throughout Sins of the Father, wiggling its way under my skin and into my bloodstream. That, I believe, is the signature of excellent writing: it not only entertains, it touches something deep inside.
Reviewed for Discovering Diamonds