The Whirlpools Of Time Anna Belfrage

book of the month runner-up 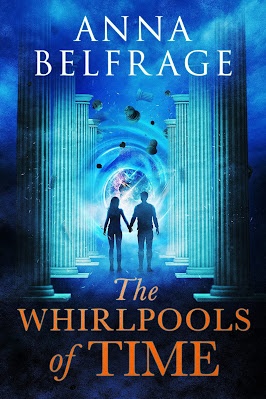 "It is 1715 and for Duncan Melville something fundamental is missing from his life. Despite a flourishing legal practice and several close friends, he is lonely, even more so after the recent death of his father. He needs a wife—a companion through life, someone to hold and be held by. What he wasn’t expecting was to be torn away from everything he knew and find said woman in 2016… Erin Barnes has a lot of stuff going on in her life. She doesn’t need the additional twist of a stranger in weird outdated clothes, but when he risks his life to save hers, she feels obligated to return the favour. Besides, whoever Duncan may be, she can’t exactly deny the immediate attraction. The complications in Erin’s life explode. Events are set in motion and to Erin’s horror she and Duncan are thrown back to 1715. Not only does Erin have to cope with a different and intimidating world, soon enough she and Duncan are embroiled in a dangerous quest for Duncan’s uncle, a quest that may very well cost them their lives as they travel through a Scotland poised on the brink of rebellion. Will they find Duncan’s uncle in time? And is the door to the future permanently closed, or will Erin find a way back?"
I've read books by Ms Belfrage before, but not any of her time-slips. I had to suspend my disbelief a little regarding that whole premise, but once I had done so, it was easy to get involved in the story.
Sometimes, such stories show people falling through time, having a challenging period of adjustment, and then living in the new era as if born to it. Not so with this book, and I liked the way the time-slip elements played such a prominent part in the story. Erin forgets how hard it is to communicate in 1715 and it takes her a while to learn not to wander off, or get herself into situations where, unlike in her world, a phone call will not help her. But this is not the only way in which we are reminded that she, and Duncan, have fallen through time. Pertinently, Erin's own heritage puts her at a serious disadvantage in Duncan's world.
I also liked the way everything tied in with the main theme, even the story elements which seemed like subplots. When Duncan and Erin find Arabella Stirling being attacked, the story seems to veer away from the time-slip element when it becomes clear that in coming to Arabella's aid, the pair have made a murderous enemy and, seemingly diverted from the quest to find Duncan's uncle, they are dragged into Arabella's problematic life.  And yet... All is not as it seems, and neither are the people necessarily who they seem, and apparent tangents become neatly-closed circles. Ms Belfrage presents us with a tightly-plotted, action-packed drama which puts so many characters in danger, leads to chases, abductions, and grisly murders, and then seamlessly brings all the threads together to give the reader several satisfying 'aha' moments, reminding us all the while of the basic premise of the novel. (There will also, I'm sure, be plenty of 'aha' moments for any readers of Ms Belfrage's Graham Saga books).
This is, according to the author's notes, Book One of a planned new series, but it can very much be read as a standalone. Towards the final scenes, I had to put the book down to take a call, and found myself aggrieved that I couldn't continue reading at that moment - the sign of a definite 'page-turner'!
Reviewed for Discovering Diamonds

<previous   next >
Due to our increased popularity,
from 1st September we will be reviewing
a book every weekday
(but not weekends)
< You will find several items of interest on the sidebar