Whispers of the Runes by Christina Courtenay 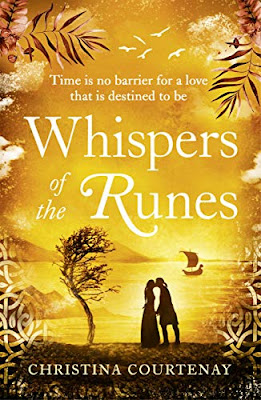 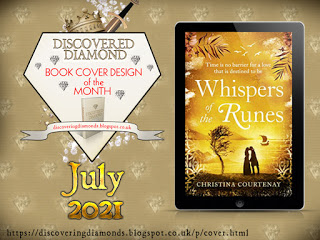 timeslip / romance
ninth century / Viking
"When jewellery designer Sara Mattsson is propelled back to the ninth century, after cutting herself on a Viking knife she uncovers at an archaeological dig, she is quick to accept what has happened to her. For this is not the first Sara has heard of time travel. Although acutely aware of the danger she faces when she loses the knife - and with it her way to return to her own time - this is also the opportunity of a lifetime. What better way to add authenticity to the Viking and Anglo-Saxon motifs used in her designs As luck has it, the first person Sara encounters is Rurik Eskilsson, a fellow silversmith, who is also no stranger to the concept of time travel. Agreeing that Sara can accompany him to Jorvik, they embark on a journey even more perilous than one through time. But Fate has brought these two kindred spirits together across the ages for a reason..."
Having read all the previous ‘Runes’ stories, I was very pleased to see this new timeslip adventure from Christina Courtenay. You know you are going to get a well-written and well-researched story but Courtenay’s particular talent is to entice you into her world and capture you.
Whether living in a Viking age house with the smells of Jorvik around you, swaying across the North Sea in a low-hulled ship or fighting the Saxons in bloody battle, you are there and vividly so.
The timeslip is handled well and I particularly enjoyed Rurik’s encounter with modern technology. How would we handle such a time jump either backwards or forwards?
The romance develops tantalisingly between two main characters who have suffered deep emotional hurts and are reluctant, no, completely dead set against a new relationship. But as we know from previous books, this will change!
The writing is clear and sensitive without being sentimental, but you can’t doubt the warmth of the good relationships and the bitterness of the bad ones. This is an absorbing way to spend your precious reading hours.
Highly recommended.
Reviewed for Discovering Diamonds