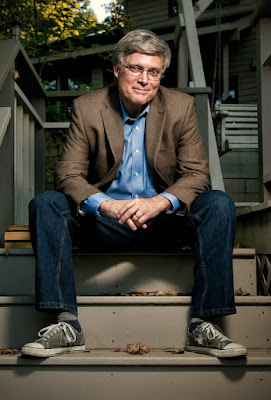 Hello Jeffrey, welcome to our Discovering Diamonds Guest Spot. Along with my readers and visitors I love to hear from authors who write wonderful stories. There’s nothing better than curling up with a good book,  box of chocs and glass of wine to hand!
Q. Would you like to tell us a little bit about yourself...
A. I was born and raised in what's now a stereotypical Midwest USA dying industrial town—but back then was the Glass Container Capital of the World. A lot of beer bottles. I mean a LOT of beer bottles. I escaped at 18 for university and never returned. This included a one-year stint at St Andrew's in Scotland, where I met my wife of 38 years.
Q. Where do you live?
A. We live in the Commonwealth (don't you dare say State) of Virginia, two miles from Jamestown Island, the first English settlement that didn't die in North America. We're near Williamsburg, which is rather like Colonial Disneyworld. We also just purchased a vacation beach house on the Outer Banks of North Carolina, (A locale your Captain Acorne would know well Helen.)
Q. If you had a choice to live anywhere – where would it be?
A. Can I pick seasonal residences? In my dream life, I'd rotate between Spring in the Virginia Tidewater, summer in the Western Isles of Scotland, autumn in Paris, and winter in Costa Rica.
Q. Modern house, old cottage, castle or something else?
A.  A thoroughly renovated old cottage with modern loos and central heat.
Q. Cat,  dog or budgie?
A. Dog. No cats. I can't abide a pet smarter than me who wished to kill me in my sleep.  And I'm a Yank, so please explain this "budgie" concept?
Q. Are you a ‘dining room for dinner’, or a ‘tray on your lap in front of the TV’ person?
A. Dining room. I loathe eating with a television on. That's a longstanding rule in chez Walker.
Q. TV preferences – documentary, drama, comedy, soap or thriller?
A. Yes.
Q. What was your first published novel about?
A. Newfoundlander pals who head off to war in 1914 and a Dublin nurse whose paths cross on the first day of the Somme. 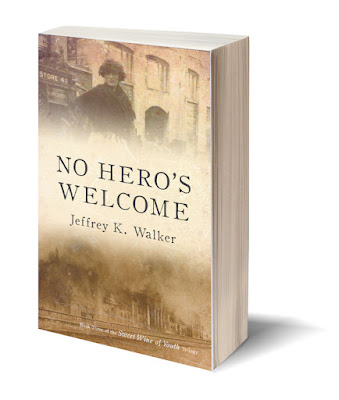 Q. What was your last novel about?
A. The family of that self-same Irish nurse, set mostly in the pub her mother runs during the Irish War of Independence and Civil War.
Q. Do you write in one genre or several?
A.  So far, I've published three historical novels. I have three WIPs—one non-fiction, one mystery/thriller, and one lit fic. Writing being my, I don't know, eighth career, I've never held a job for long either.
Q. Have you ever considered exploring a totally different genre?
A. I suppose with a couple hundred 1,500-word blog posts on Very Random Topics, I'm a de facto essayist now, too. Some say I'm also a humorist—others not so much.
Q. If you could, which two of your characters would you like to invite to spend an afternoon with you?
A. First, Sergeant-Major Pilmore, the Englishman sent to straighten out my Newfoundlanders in None of Us the Same. He's surprisingly well educated and wonderfully profane. Second, I've had an incurable character crush on my Irish nurse, Deirdre Brannigan, since Book One. My wife would need to chaperone, most decidedly.  (BTW, I actually interviewed six of my characters in my blog the weeks before the 100th anniversary of the Armistice. Here's the link: https://jeffreykwalker.com/category/voices-from-the-first-world-war/ )
Q. Where would you go / what would you do?
A. To The Gallant Fusilier, the pub in No Hero's Welcome, with Sgt-Maj Pilmore, after sincerely apologizing for offing him at Gallipoli. It was most painful for me, too. With Deirdre, I'd go sailing with her aboard her husband's cod schooner, the Ricky Todd, on a rumrunning voyage from St. John's down to "the Boston States."
Q. How do you prefer to travel? Plane, boat, car?
A. When I'm in Europe, by train. In the States, by air—because our trains are shite.
Q. You are out for a walk. You see a chap sitting on a wall, looking right fed up – but there’s something odd about him... What? And what  do you do?
A. Is he a very large egg? No? Then I'd sit next to him. Walls are a fine place for a good think. Maybe ask him back to the pub for a pint and a chin about what's irking him.
We have a long-running Radio programme here in the UK called Desert Island Discs on which celebrities talk about their life and select eight of their favourite discs... so changing that slightly...
Q. If you were shipwrecked on a desert island, what eight books would you want to find left in an abandoned hut? (There’s already a Bible, the Quran, and the complete works of Shakespeare)
1. Pride and Prejudice
2. A Passage to India
3. For Whom the Bell Tolls
4. Main Street (Sinclair Lewis)
5. Trinity (Leon Uris)
6. The Confessions of St Augustine
7. David Copperfield
8. Blackstone's Commentaries on the Laws of England
Q. What sort of island would you prefer, and why? (e.g. Desert Island... Hebridian Island...)
A. Anywhere in the Western Isles of Scotland.
Q. And you would be allowed one luxury item – what would you want it to be? (a boat or something to escape on isn’t allowed.)
A. A downy quilt — it's the bloody Hebrides. 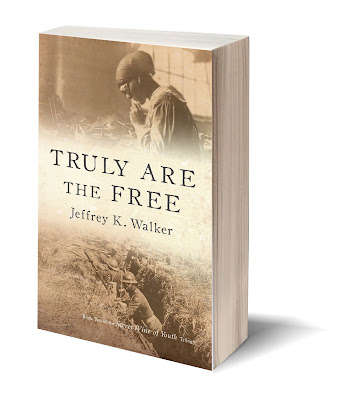