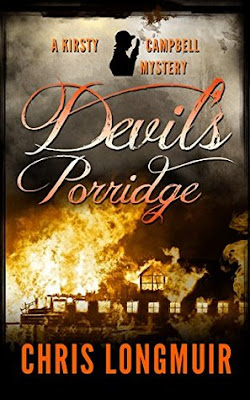 Amazon UKAmazon USAmazon CAAmazon AUGoodreads
Thriller / Murder mystery
1917 / WWI
Kirsty Campbell Mysteries book 2
“East London, January 1917: “He pulled her into his arms and kissed her long and hard before he strangled her. With a last glance at the fire, he turned and ran for the door to escape the inevitable explosion.” Sixteen-year-old munitionette, Sally, witnesses the saboteur escaping from the explosion at Silvertown Munitions Factory. When their paths cross again at Gretna Munitions Factory, he knows she can identify him, and that he dare not hesitate to kill again. The explosion has set off a lethal chain of events, and when Policewoman Kirsty Campbell, and MI6 agent Beatrice, join forces to protect Sally, they find themselves following a murderous trail that entangles them with saboteurs, Irish revolutionaries, a German spy, and a plot to assassinate the King. The body count is rising. The clock is ticking. And the stakes are higher than Kirsty could ever have imagined.” *
I admit, I was unaware that there were munitions factories – and MI5 – during WWI; I’d always assumed that these belonged to the later WWII –  I was also unaware that there were women police offices as early as 1917 ... well, you live and learn, and what a pleasant way to do so, in the hands of an obviously experienced writer who knows her facts and knows how to write a very good story.
From the opening paragraph this is a thrilling read, tempered by detail that doesn’t interrupt the action but enhances the feel for time and place.  The lives – and dangers (leaving aside the matter of murder, espionage, spies and such) – endured by these remarkable women are expertly portrayed here: it is a cliché I know, but this was very much a page-turner of a read.
I liked our policewoman, Kirsty, and found myself grumbling at the various men who either insulted or ignored her; this was the period before women had even got the vote, after all, let alone took on male-gender jobs, but in history and in this novel the ‘fair sex’ proved themselves again and again.
If I must be critical, I would say that there are a lot of characters and I found it difficult to juggle them all in the Who’s Who stakes: this is one disadvantage of reading on a Kindle, in paperback format it is easy to flip backwards to check out who X or Y was in a previous scene. Hard to do on an e-reader. I also thought that perhaps Kirsty herself should have appeared more to the fore on occasion.
This is the next in a series, but reads perfectly fine as a stand-alone.
Highly recommended.
Reviewed for Discovering Diamonds
© Jack holt  e-version reviewed