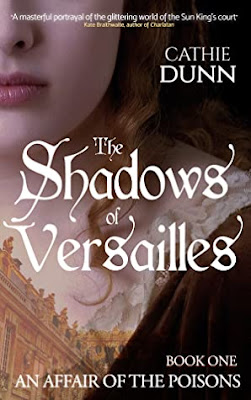 Fictional Drama
17th century  / 1600s
France
An Affair of the Poisons Book 1
"When Fleur de La Fontaine attends the court of King Louis XIV for the first time, she is soon besotted with handsome courtier, Philippe de Mortain. She dreams of married life away from her uncaring mother, but Philippe keeps a secret from her. Nine months later, after the boy she has given birth to in a convent is whisked away, she flees to Paris where she ends up mending gowns in the brothel of Madame Claudette, a woman who helps ‘fallen’ girls back on their feet.
Jacques de Montagnac investigates a spate of abducted children when his path crosses Fleur’s. He searches for her son, but the trail leads to a dead end – and a dreadful realisation. Her boy’s suspected fate too much to bear, Fleur decides to avenge him. She visits the famous midwife, La Voisin, but it’s not the woman’s skills in childbirth that Fleur seeks.
La Voisin dabbles in poisons. Will Fleur see her plan through? Or can she save herself from a tragic fate?"
Anyone who, like me, watched the recent TV series, Versailles, will be aware of the 'affair of the poisons', a bizarre and extremely dark episode which took place during the glory days of the Sun King's reign. Whereas the TV production made use of the incident to add a murderous aspect to certain of the main characters, here Ms Dunn takes the real history, some of the real people caught up in the scandal, and weaves an intricate plot involving two main, but completely fictional, characters. I very much liked the way she selected some real figures from history and threaded her own characters into their lives in a most plausible way.
The focus is kept sharply on the main players - Jacques and Fleur - and their close companions and associates. This allows for the tension to be kept taut, and the sense that both Jacques and Fleur, together and independently, are in constant peril, is all-pervading.
Inevitably, this means that there is less space to show the reader the 'background' cast and scenery. I perhaps would have liked to have been shown more of the people, sights, and sounds of the glittering court of Versailles and of the contrasting streets in Paris.
But getting back to the main characters, I especially liked the fact that the author provides reasons for Fleur's behaviour and the young woman's story arc is credible. Jacques is perhaps less of a work in progress, presented from the beginning as a fully-formed character who knows where he is in life and where he is going, but he too goes through a lesson in awareness and it was sweet to 'watch' him as one particular penny dropped!
This incident in history, the poisons and the scandal of the abducted children, might almost feel completely fantastic had it not all been true. Ms Dunn, in focusing on a small cast of characters, shows how these terrible events affected ordinary people's lives.
Shadows of Versailles is the first in a series, but does not end on a cliff-hanger. One chapter closes, another remains open, but there is enough resolution to satisfy readers whilst they await the next instalment.