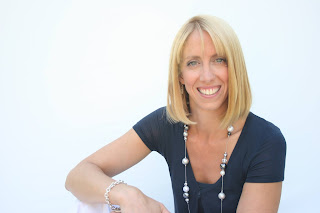 Hello Joanna, welcome to our Discovering Diamonds Guest Spot. Along with my readers and visitors I love to hear from authors who write wonderful stories. There’s nothing better than curling up with a good book,  box of chocs and glass of wine to hand!
Q. Would you like to tell us a little bit about yourself...
A. I’m 48 and I’ve been writing from when I was very little, and publishing novels since 2013, although it feels like a lot longer than that as I was writing them for years before I secured a contract. I studied English literature at Cambridge and it was there that I discovered a huge interest in medieval – and earlier – literature and a general fascination with the world pre the 1100s. I firmly believe that the idea of a ‘dark ages’ is one of the most damaging anyone could ever have come up with – casually dismissing so much vital history as if it were a mere parade of dull, featureless days of just digging the land. I’m passionate about bringing light into those early periods and feel strongly that fiction is a great way to do that.
It was my great privilege to meet you, Helen, at several Battle of Hastings re-enactments and I found your drive, knowledge and enthusiasm a huge inspiration and encouragement to me. I was delighted to work with you on our collaborative book of short stories – 1066 Turned Upside Down - and am honoured to feature on your blog. Thank you. 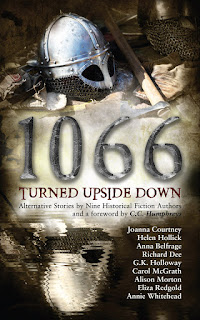 Q. Where do you live?
A. I live in a Derbyshire village with my husband, dog and two children.
Q. If you had a choice to live anywhere – where would it be?
A. I love it in Derbyshire but, ideally, I’d like to live by a river or lake I could swim in and row on.
Q. Modern house, old cottage, castle or something else?
A.  I live in an old cottage and I wouldn’t want it any other way. Sometimes I yearn for the simplicity of a house with right-angles, and decent lighting and insulation, but I love the history of my house. It was built in 1745 and when I sit by our stone fireplace, I love thinking about all the people who must have sat here before us. That said, if a castle was on offer…
Q. Cat,  dog or budgie?
A. Dog. I’ve had cats before and love them but my husband is approaching retirement now and we’ve just bought a campervan to head off around Europe, with him cooking and me writing. The dog can come along but I don’t think a cat would be too keen!
Q. Are you a ‘dining room for dinner’, or a ‘tray on your lap in front of the TV’ person?
A. I’m mainly a dining room for dinner person. We’ve still got two kids at home (just) and it’s an important time for us to actually sit around together and chat, even just for 15 minutes. That said, every so often, if we’re all tired, I love an indulgent in-front-of-the-TV dinner.
Q. TV preferences – documentary, drama, comedy, soap or thriller?
A. I like them all, though I only really watch documentaries for research. I love a good drama and have just finished watching The Queens Gambit on Netflix which I thought was fantastic. I was a sucker for Downtown Abbey and quite like The Crown, although I confess that a drama about living people always feels slightly uncomfortable to me. I also love a good old-fashioned murder mystery, with Morse and Frost being old favourites and Shetland and Silent Witness newer ones. There’s always room for comedy isn’t there? Blackadder remains my abiding favourite of all time, but I recently watched After Life – part comedy, part terribly sad drama – and I thought it was excellent.
Q. What was your first published novel about?
A. My first ever published novel, Running Against the Tide, was originally a People’s Friend serial and was a Romeo and Juliet style love story between a lighterman working the West India docks in London and the daughter of one of the powerful traders. My first true novel was The Chosen Queen, about Edyth, wife of King Harold in 1066. 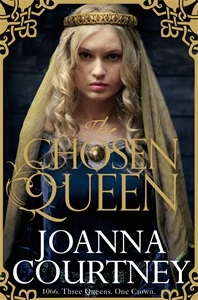 Q. What was your last novel about?
A. My last novel was Iron Queen, the ‘true’ story of Cordelia from Shakespeare’s King Lear. In my version she is one of a trio of revered Celtic princesses in the Iron Age tribe of the Coritani in what is now Leicestershire. I loved writing it because I grew up very near Beacon Hill, the central fort of that tribe, and used to drink Thunderbird and cheap cider up there in the sixth form. Rediscovering the history of the place that had such happy memories for me and bringing the Iron Age to life was very rewarding.
Q. Do you write in one genre or several?
A. I only write historical fiction as Joanna Courtney, but I also write contemporary fiction as Anna Stuart and enjoy the different challenges of that genre.
Q. Have you ever considered exploring a totally different genre?
A.  I’ve been dabbling for a while with a Young Adult time travel series… Nothing concrete yet but watch this space.
Q. If you could, which two of your characters would you like to invite to spend an afternoon with you?
A. I would love to spend the afternoon with the dynamic, vigorous Harald Hardrada, who I confess to fancying like mad. I’d like him to bring along his sidekick, an Icelandic called Halldor, who was one of those fantastic characters that just seem to come to life independently. He’s a gruff, tough warrior who just happens to have a golden tongue when storytelling and I’d love to meet him in real life!
Q. Where would you go / what would you do?
I’d ask them to take me out on their Viking ship – ideally all the way to Iceland, which I’m longing to visit, but I doubt we’d make it in an afternoon!
Q. How do you prefer to travel? Plane, boat, car?
A. I love trains best, as long as they’re empty enough for me to have some space to write. There’s something very soothing about the motion of a train and about there being people around to watch. That said, I love driving too and am very happy pootling about the place in my car. You can’t write at the wheel though!
Q. You are out for a walk. You see a chap sitting on a wall, looking right fed up – but there’s something odd about him... What? And what  do you do?
A. I’d say the odd thing is that he’s dressed as a Viking (a proper one – no stupid horns!) and I would, of course, go up and talk to him – he’s got to have some great stories.
We have a long-running Radio programme here in the UK called Desert Island Discs on which celebrities talk about their life and select eight of their favourite discs... so changing that slightly...
Q. If you were shipwrecked on a desert island, what eight books would you want to find left in an abandoned hut? (There’s already a Bible, the Quran, and the complete works of Shakespeare)
Wow – that’s really difficult! I’m not a big one for re-reading novels as there are so many out there waiting to be discovered, but I guess if I was stuck on the island I’d need books that really bear re-reading so here’s my best attempt:
1. Tess of the D’Urbevilles, Thomas Hardy
2. Wolf Hall (Am I allowed the whole trilogy?), Hilary Mantel
3. A Gentleman in Moscow, Amor Towles
4. The Keeper of Lost things, Ruth Hogan
5. Milly, Molly, Mandy (my favourite childhood book for comfort)
6. Notes on a Scandal, Zoe Heller
7. The Whale Road, Robert Lowe
8. A very, very large blank notebook that I can write in!
Q. What sort of island would you prefer, and why? (e.g. Desert Island... Hebridian Island...)
A. I love the beauty of a Scottish island but I’d definitely want it hot – now that’s a fantasy!!
Q. And you would be allowed one luxury item – what would you want it to be? (a boat or something to escape on isn’t allowed.)
A. I feel I should say something sensible like a really comfy bed, but I think the honest answer is – wine! 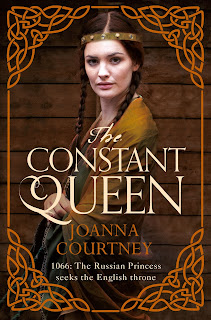 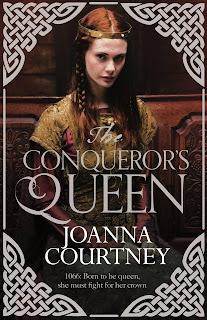 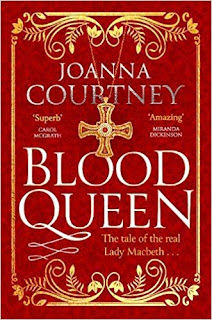 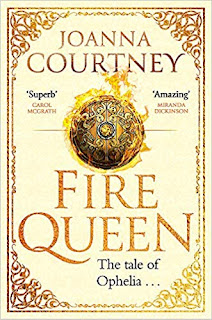