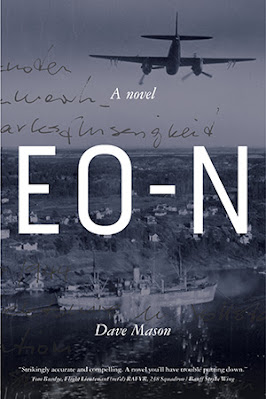 Amazon UKAmazon USAmazon CAAmazon AUGoodreads
Thriller
1945 / 2019
Europe
"2019: Alison Wiley, a once-idealistic biotech CEO, is processing her new reality: she's the last bud on the last branch of her family tree. On the heels of her mother's illness and crushing death, a phone call from Scott Wilcox, a former combat medic turned government investigator, pulls her into a seventy-four year old mystery that begins beneath the surface of a Norwegian glacier. 1945: Squadron Leader Jack Barton, a cocky Royal Canadian Air Force pilot, flies combat missions over occupied Europe. Major Günther Graf, a war-weary and disillusioned Luftwaffe pilot, is trapped in the unspeakable horrors of Nazi Germany. Their paths, so different yet so similar, are connected by a young girl, a victim of appalling cruelty who may carry the promise of a better future. As these five lives converge in a sweeping arc that takes readers on a tightly woven and gripping journey--from the destruction and cruelty of war to the relentless pressures of corporate greed--EO-N reminds us that individual actions matter, and that courage comes in many forms."
‘Captivating’, ‘engaging, ‘engrossing’ are terms often used in publicity for a book, but for EO-N, these words are absolutely accurate. This is an accomplished novel, beautifully written.
Running along two timelines with the characters caught in vices of personal conflict, this story takes the reader into the hearts, minds and dilemmas of each character.  Alison in the present and Günther in wartime Germany are both driven individuals, high achievers in their chosen profession. Both have suffered loss; both are grieving. But they live their work distanced from others. Then they hit a metaphorical brick wall which forces them to face questions they have been asking all their lives and to make choices of conscience which makes them question everything about their lives. Jack and his act of courage in 1945 and the strong, self-contained Scott are the catalysts.
The author follows each character in such a way that we see through their eyes and into their minds. The writing is thoughtful and clever and beautifully detailed but above all personalised. The research, particularly for the settings, shines through and EO-N, the De Havilland Mosquito – at times a light bomber, photo reconnaissance aircraft, night fighter, maritime strike aircraft – is almost a character of its own.
The mystery is peeled away gradually, but steadily, which makes the story realistic as well as heart-wrenching and the author cleverly weaves it in with the personal examination and dilemmas.
If you are looking for themes, there are the questions of whether war is justified, how devoid of humanity people can be, how courageous and self-sacrificing they can also be. Is the price of ‘selling out’ the loss of your integrity, and how long can you go before you have to make the ultimate moral decision?
Highly recommended
Reviewed for Discovering Diamonds
© Jessica Brown e-version reviewed