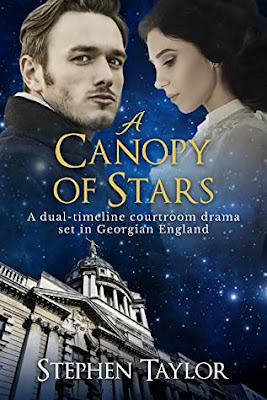 Amazon UKAmazon USAmazon CAAmazon AUGoodreads
Fictional Drama
19th century
London, Germany, Netherlands
This book is an indictment of anti-Semitism, which began two centuries B.C.E. and is an ongoing evil today.
David Neander arrives in England to start a new life. Two days later, he is accused of stealing half a sheep, arrested and brought to trial. It becomes obvious that the judge is prejudiced by the fact that David is a Jew and regards him as a low-life. The valuation of the half-sheep is 40 shillings, which makes the theft a capital crime and worthy of the death penalty. David is found guilty and sentenced to death. This part of the story is based on a true event that the author read about.
Julia Carmichael wanted to be a lawyer like her father, but since that is impossible she becomes his clerk. She is in the courtroom for David’s trial and is furious at what she sees as an egregious miscarriage of justice. After visiting David in prison, she determines to save him from the hangman. Their association blossoms into a restricted romance.
This is more than just a courtroom drama. The author takes us on a journey through the previous four years of David’s life where we see that far from being a low-life, he is an exceptional young man who has risen from a family tragedy to become a translator, a poet, and a pugilist. The latter skill proves very useful as he makes his way from Germany to England, only to run afoul of the law.
David is a thoroughly decent man and Julia is a determined, loyal and compassionate young woman who refuses to give up in spite of setbacks. On his journey, David meets some interesting characters. My favourite is Old Musketeer, named after the gun that blinded him, a more self-reliant man than most sighted people.
The historical aspects of the story – justice in 19th-century England, anti-Semitism in Germany, and more – were enlightening.
One little niggle – too much description of David’s fights, literally blow by blow, became slightly tedious for me, but might not bother other readers. I skipped through them, but they did not spoil my enjoyment of the rest of the book.
Reviewed for Discovering Diamonds
© Susan Appleyard e-version reviewed