A Discovering Diamonds Review of Beathan The Brigante by Nancy Jardine 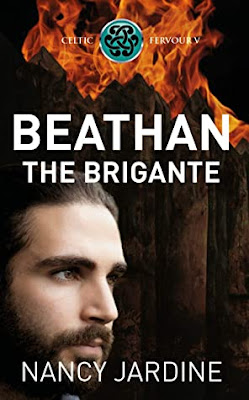 "AD 85 Roman Empire
How can young Beathan of Garrigill – held hostage by General Agricola and dragged in chains to Rome – escape and wreak vengeance on his enemies?
Torrin is a strong-minded Brigante warrior-woman who forges her own future. She willingly takes care of him in a time of need, but her own plans are paramount.
Agricola's career is in tatters. Attempts on his life are plentiful, having lost favour with Emperor Domitian. His gods have abandoned him, though assistance comes from a surprising source. Will Beathan gain his freedom to return to his kin in Caledonia? Will Torrin be by his side? And how will Agricola survive without the emperor's benevolence?"
This story centres on the journey of a young adolescent boy who is held captive by the Roman general, Agricola. Beathan of Garrigill is a young Brigante whose parents are Celtic nobles and after the Brigante tribe’s defeat at the hands of the Roman invaders, Beathan is taken hostage and treated as a slave.
Beathan’s story covers four years of his life, from the age of thirteen to seventeen, and sees him grow from boy to man. It begins as he is being tortured by a sadistic centurion who has no qualms about beating Beathan to find out who he is and whether he is an important hostage or a slave. He meets and befriends other important hostages: Gillean, a Caledonian, an old friend Taexali, and a friend whom he thought was dead, Derwi. The hostages are dragged in chains to Rome, when General Agricola’s career and life are threatened. When Beathan saves the life of the general and his wife, Agricola’s heart softens and he frees the hostages in thanks for their help.
Beathan is a strong personality in this tale. Defiant and proud, he must learn to curb his defiance in order to survive. But while outwardly he is subservient, inside, his anger is seething, and the flame of his vengeance burns.
I was a little confused by the cover of the book which shows the face of a grown man with a full beard which was not what I expected a thirteen- to seventeen-year-old lad to look like even back then. I think this might confuse some readers. I have not read any of the other books in this series of five. It has a Young Adult feel to it although both adults and teens would be happy reading this.