The Heart of a Hussar by Griffin Brady 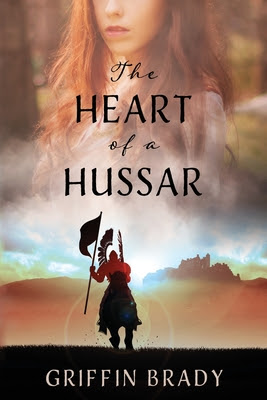 One of the reasons why I read historical fiction is to slip away to far off places and explore different worlds. The Heart of a Hussar took me back to early 17-century Poland with its Winged Hussars, an elite cavalry unit that was the backbone of the Polish-Lithuanian Commonwealth. I was not familiar with this history or the Winged Hussars, but with the author’s impressive research and meticulous world building, I was transported to the past.

Jacek Dabrowski is a lieutenant of the Hussars, in service of a great lord, and he has a reputation for being one of the finest warriors. His men would do anything for him and women try to catch his interest. To acquire the land he needs to secure his future, he relies on the support and commendation of his superiors; unfortunately, his direct superior, a jealous, petty captain, belittles him at every turn and threatens to crush him. This forces him to work harder to prove himself in battle strategy and leadership and rise above the numerous traps laid out by his captain.

Oliwia is a distraction that could destroy everything Jacek has been working toward. Over the course of the story, she blossoms from a fifteen-year-old war orphan to an eighteen-year-old woman who has entwined herself within Jacek’s professional heart. Theirs is a slow-building romance that catches Jacek by surprise in the latter part of the book. Unbeknownst to him, she has cared for him since he rescued her from a burning village. But Jacek is focused on his career and the pursuit of his dreams, and what can he offer a young woman except his heart? Jacek must decide between Oliwia and his future.

This is the first book of a duology, and the story ends with a cliffhanger and so many things left in a tangle. Fortunately, the conclusion was due for release in November 2020 (I read this first novel during October).

The Heart of a Hussar has action/adventure, a budding romance and offers a unique history set in a unique setting