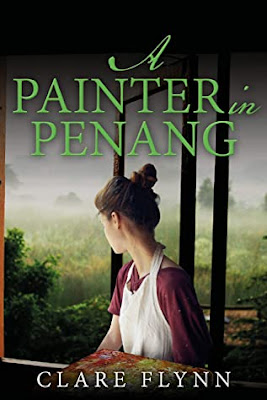 Amazon UK
Amazon US
Amazon CA
Amazon AU
Goodreads
Family Saga
1940s
Malaysia
It is 1948 and the world is recovering from WWII. In some places, the consequences of the war are irreversible. The colonial world is crumbling, and for those who have spent their entire lives living abroad as representatives of the British Empire, the transformation will not be easy. Jasmine Barrington is sixteen and after years away from the place she considers home, she is finally allowed to return to Penang, an island off the Malay peninsula.
Jasmine returns to a changed world. Yes, the British still rule what will one day be the independent nation of  Malaysia, but there is substantial unrest. The old world order is no longer valid, and while the rubber plantations remain owned by white planters, the Malays, the Chinese and the Indians want their share of the future. Communist insurgents spread violence and fear, and tensions rise when white planters are murdered by the rebels.
In the midst of all this turbulence, Jasmine is leaving childhood behind. The girl is becoming a woman, and like all teenagers, she is at times self-centred and naïve. She is afflicted by emotions she doesn’t want to have, is frustrated by the fact that men—especially one young man—dance attendance, is just as frustrated when said young man ignores her. And then, of course, there’s her friendship with the Malay driver, which in one scintillating moment becomes so much more—or so Jasmine feels. All of this is beautifully depicted by Ms Flynn and elegantly woven into the volatile political situation.
Over a period of several months, Jasmine will experience everything from first love to betrayal. She emerges somewhat wiser, somewhat bruised. But that, after all, is what growing up entails.
Ms Flynn delivers an excellent period piece where the geographic, historical and political setting are constantly present without ever becoming over-bearing. At times, the pace lags a little, and at times, Jasmine’s behaviour is enervating—but what teenager isn’t like this? All in all, A Painter in Penang is an enjoyable and very educational read, shedding light on an era that lies so close to our time but is already sinking into the mists of history.
Reviewed for Discovering Diamonds