Alison, why did you write your particular story for the Betrayal anthology?

Curiosity! I wanted to stay in my established book world Roma Nova but explore the mid 19th century. It was a time of upheaval and revolution especially in Europe, a time when many countries emerged from worn-out, archaic structures to become modern states we know today. What temptation a short story about a pivotal episode offered!

What your story is about?

Set partly in the present, partly in the 19th century, The Idealist tells of Statia Mitela, patrician and idealist in the 1840s. She follows her heart and her principles, but naïvely lays herself open to ruthless opportunists, blind to the peril threatening her beloved Roma Nova.

In the 21st century, her many times great-granddaughter, Carina Mitela, must pick up the pieces or her family will face permanent and total ruin. A dark secret in Roma Nova’s past comes to haunt its present. But who is the betrayer and who the betrayed?

Do you find writing short stories a challenge?

I burst out laughing when I read this question. Helen, you were the first to break my terror of short stories. You ‘persuaded’ me to contribute to 1066 Turned UpsideDown where nine of us speculated about different outcomes for William and Harold and, of course, England. I was flattered you considered me an ‘expert’ on alternative history fiction and said my presence was essential. The glory was that you gave me 5,000 words and, as cricketers say, I ‘broke the duck’ of getting a short story published. I haven’t stopped since and even produced my own short story collection ROMA NOVA EXTRA to go alongside the six novels and two novellas in the series.

Has a betrayal that affected your characters in your other books?

We are talking about people with a strong Roman heritage. ;-) However, Lucius Apulius recognised this when he led the 400-strong group out of Rome in AD 395 to establish his new colony. He knew that without complete civil solidarity and co-operation, his tiny group would never survive. He stopped at the river crossing on the way to Noricum and gave them the option of leaving then if they couldn’t subscribe to that. Loyalty, the common good and service to the state became core values in the new colony and treachery, betrayal and treason capital crimes. But human nature will intervene…

When a traitor leads an uprising as in PERFIDITAS and INSURRECTIO, it’s an earthquake level shock on a scale of 10. Even Conrad’s brush with treason by neglect in SUCCESSIO earns him a harsh punishment. And in CARINA, our heroine’s mission is about bringing back a traitor – a person to despise. 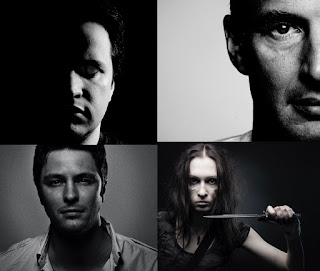 And what about personal betrayal?

Oh, that’s a fluid one…  I don’t want to give away any plots, but in PERFIDITAS, betrayal is personal, professional and political and all three are interwoven. In RETALIO, Aurelia is emotionally scarred by others’ ostracism when they believe she has slept with a traitor.

Personal betrayal can be calculated or unknowing, expedient or for a noble reason. We probably all do it at some time in our lives, usually for the best of motives (I hope!). Of course, for a teller of fictional stories, it’s a gift. But most people only wish to experience it second hand. In fiction we can explore going to the edge or even over it in complete personal safety.

Tell me about your other stories?

They are mostly set in recent times: those featuring Carina (INCEPTIO, CARINA, PERFIDITAS and  SUCCESSIO) in the ‘present’ and ‘present plus’ across sixteen years and those featuring Aurelia (AURELIA, NEXUS, INSURRECTIO and RETALIO) in the late 1960s to early 1980s.

Currently, I’m delving back into Roma Nova’s earliest days from that fateful meeting of Celtic noble Julia Bacausa and disgraced tribune Lucius Apulius through the struggle to establish the colony in its first days up to AD 430 AD. Perhaps I might go further if I can ever emerge from the research! 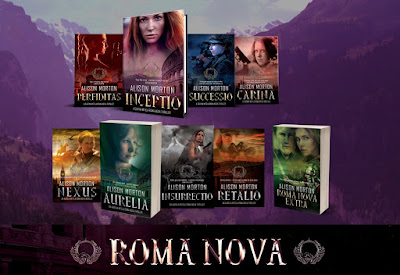 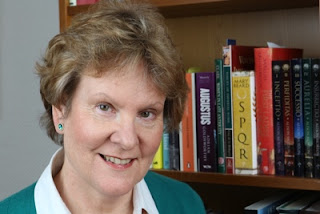 Alison Morton writes the award-winning oma Nova series featuring modern Praetorian heroines – "intelligent adventure thrillers with heart." She puts this down to her deep love of Roman history, six years’ military service, a masters' in history and an over-vivid imagination. She blogs, reads, cultivates a Roman herb garden and drinks wine in France with her husband.

All six full-length Roma Nova novels have been awarded the BRAG Medallion. SUCCESSIO, AURELIA and INSURRECTIO were selected as Historical Novel Society’s Indie Editor’s Choices.  AURELIA was a finalist in the 2016 HNS Indie Award. SUCCESSIO was selected as an Editor’s Choice in The Bookseller. Novellas CARINA and NEXUS and a collection of short stories – ROMA NOVA EXTRA – complete the series so far.

Connect with Alison on her Roma Nova site: https://alison-morton.com