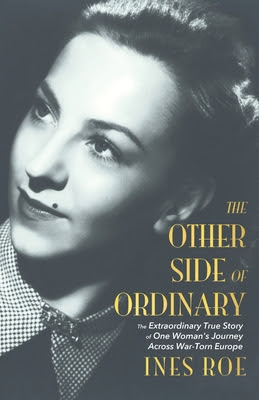 “I want to live an extraordinary life.” Fiercely independent, Inge Krumm-Heller has known since childhood that she wanted to be different. Leaving her home and family in East Prussia (then part of Hitler’s Third Reich) at the beginning of the 1940s, she made her way to Berlin to work as a trainee photographer. We follow her through her first love affair, confrontation with the German class system and her wry observations on landladies and her daring foray into (then illegal) swing music evenings.

Inge describes an air raid in graphic detail and gradually, as her interest in 'politics' wanes, she experiences shortages and realises Germany has lost the war. Scenes of encounters with occupying Americans and British, and other Germans who managed to survive reasonably well follow. Eventually, news comes of her missing parents lost in the post-war chaos and Inge sets off to look for them. Later, Inge’s ‘itchy feet’ drive her onwards with her life adventure as she arrives in Paris.

There are many scenes written as flashbacks; childhood memories and labour service with the Reichsarbeitsdienst (German Labour Service) stand out. Other characters narrate events such as her mother recounting her flight from the east as the Red Army approached.

The Other Side of Ordinary isn’t a novel, but a memoir of a period of upheaval. For English speakers from the Allies’ countries, it’s probably an eye-opener of life on ‘the other side’.

Reconciling this period for many people of German extraction or older Germans and their children is a complex question. From the triumphs and optimism of the early 1940s to disillusionment, starvation and humiliation by 1945 and the uncovering of unspeakable abuse and ethnic cleansing has scarred at least one generation for life.

Inge’s character does not touch on these areas, but focuses on her personal story which, despite personal traumas, tends to make the novel lighter in tone. One of the big questions asked continuously in the aftermath of the 1939-45 war was, and continues to be, ‘Didn’t the general German population know about the appalling things being done in their name?’

Inge herself comes across as hard-working and optimistic but with a low boredom threshold. But she is not proud and her willingness to undertake low-status work in order to keep her family fed and housed illustrates her determination to get on with her life.

There is too much ‘telling’ the reader about events and personalities instead of showing us with dialogue and actions, and this pushes the reader away. For this reviewer, there are too many flashbacks which make the story disjointed. A better approach to this complex story would have been to make a linear narrative. Some minor language and typo errors e.g. Unkle, Onkle for German Onkel (uncle) are irritating rather than serious.

However, this is a fascinating story with many personal anecdotes and period touches. It clearly shows how a spirited girl becomes a woman who can cope with everything that such disrupted times throw at her and may well be a revelation for readers of the Second World War period.