A Discovering Diamonds review of: THE RED SLIPPERS & SVEN AND THE PURSE OF SILVER by Michael E Wills

Here we have two children's books, suitable for 8-10 year olds, by the same author, reviewed in one as the total page count of both is only sixty-two pages. 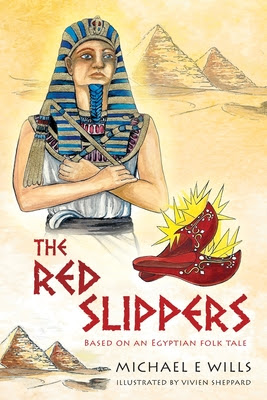 Based on an Egyptian folk tale, The Red Slippers takes place in Egypt where Maia is a young Egyptian girl who saves the life of an eagle chick who had fallen from its nest. As a reward for the deed, her uncle and guardian buys her a beautiful pair of red slippers. And then Maia is kidnapped and made to work on a farm. But the eagle chick's mother finds where she is hidden and takes one of her slippers to the Pharaoh.

After a couple of  further complications, Maia is found and adopted by the Pharaoh.

#2  Sven and the Purse of Silver 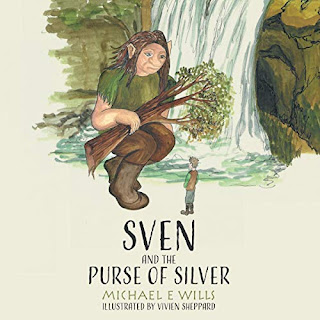 This one is a little longer and divided into short chapters.

Sven's father is a trader travelling regularly to Rus, but on this occasion he is taken captive by a wicked merchant who demands a purse of silver for his release. Sven uses a wishing stone given to him previously by his father and the  god Loki appears. The god will help Sven, but he must pass three tests first.

When Sven wakes, he has the purse of silver, but he has another problem: how to get the purse to the merchant.  Once more he summons Loki and passes three new tests.

The age group, I am assuming is for early-reader children 7-ish? They can be read to youngsters easily as bed time stories. Both are quite engaging and I would imagine that they would be thoroughly enjoyed by pre-school children to young juniors.