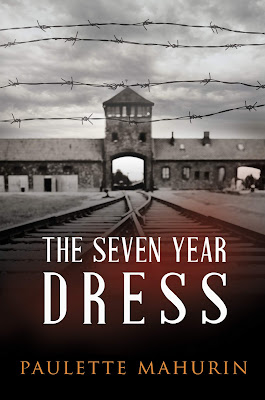 Paulette Mahurin is an international best-selling literary fiction and historical fiction novelist, whose novels have received critical acclaim ranking her in the top one-hundred most popular authors in literary fiction on Amazon.

Mahurin tackles difficult topics dealing with intolerance in storylines revolving around themes like the imprisonment of Oscar Wilde in her novel The Persecution of Mildred Dunlap, a runaway slave gaining freedom through the underground railway in The Day I Saw The Hummingbird, and one of the darkest time in human history the holocaust with her two books, The Seven Year Dress and The Old Gilt Clock. She’s confronted readers with the abuse of women and the abhorrent conditions in mental health facilities in her book A Different Kind of Angle and stood strong against anti-Semitism in the novel To live Out Loud, which centers around the life of Emile Zola and his courageous struggle to free Alfred Dreyfus.

A few of the synopses on her work give an idea of the storylines she brings to light. 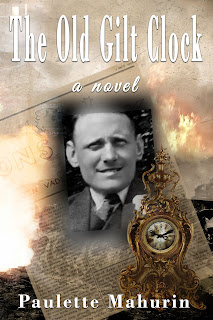 During one of the darkest times in human history when millions of innocent Jews and others deemed “undesirables” were being sent to concentration camps to be brutality worked to death or slaughtered, a group of Dutch resistance workers rose up against the atrocities. Their resistance to the Nazi occupation of the Netherlands created a vast counterintelligence, domestic sabotage, and communications network to help hide Jewish people from German authorities. The Old Gilt Clock is the story of how one Dutch resistance member, Willem Arondéus, risked his life to defy the Nazis’ plans to identify and deport hundreds of thousands of Dutch Jews. Arondéus’ courage is largely forgotten by history, but not by the Jewish and Dutch people. Written by the award-winning international Amazon bestselling author of The Seven Year Dress, comes a story of Arondéus’ courageous struggle to stand up to the unimaginable evil designs of Hitler. Inclusive is Arondéus’ battle to come out to his homophobic father, who hated his son’s homosexuality. It is also a story about friendships formed in the Dutch resistance movement, their joys and sorrows, their wins and losses, their loves and betrayals, and ultimately their resilience to oppose tyranny and oppression when millions stood silent condoning heinous behavior. Thousands are alive today because of these brave, compassionate men and women. 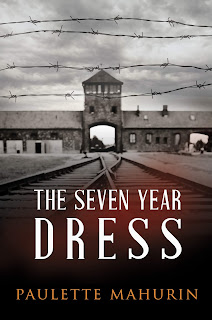 One of the darkest times in human history was the insane design and execution to rid the world of Jews and “undesirables.” At the hands of the powerful evil madman Adolf Hitler, families were ripped apart and millions were slaughtered. Persecution, torture, devastation, and enduring the unthinkable remained for those who lived. This is the story of one woman who lived to tell her story. This is a narrative of how a young beautiful teenager, Helen Stein, and her family were torn asunder, ultimately bringing her to Auschwitz. It was there she suffered heinous indignity at the hands of the SS. It was also there, in that death camp, she encountered compassion, selfless acts of kindness, and friendship.

The Day I Saw A Hummingbird 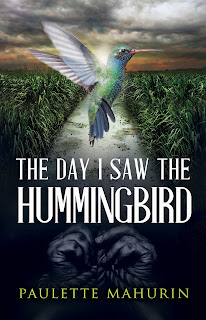 On the eve of his tenth birthday, a young slave’s life is turned upside down. The unthinkable events that led up to the day Oscar Mercer saw a hummingbird test the limits of this young boy’s body, mind and soul. Gripped with fear and filled with anger, Oscar faces raw, crushing hatred aimed at him and everyone he loves. In a time when a nation was ripped apart geographically, economically, politically and morally, comes a story of a courageous boy who began life as a slave on a sugarcane plantation in Louisiana and escapes via The Underground Railroad. Through the efforts and good will of kind, brave people determined to free slaves, Oscar faces devastating obstacles and dangers. Struggling with his inner impulse to seek revenge for the injustices and violence levied on his family and friends, he discovers that in bondage you pray to God, but in freedom, you meet Him.

She lives with her husband Terry and two dogs, Max and Bella, in Ventura County, California. She grew up in West Los Angeles and attended UCLA, where she received a Master’s Degree in Science. Semi-retired, she continues to work part-time as a Nurse Practitioner in Ventura County. When she’s not writing, she does pro-bono consultation work with women with cancer, works in the Westminster Free Clinic as a volunteer provider, volunteers as a mediator in the Ventura County Courthouse for small claims cases, and involves herself, along with her husband, in dog rescue. Profits from her books go to help rescue dogs from kill shelters.