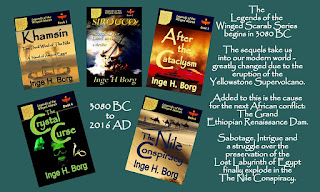 Born and raised in Austria, Inge H. Borg studied languages in London, Paris and Moscow. A “one-year” job transfer from Vienna to the US turned into 55 years and led to becoming a citizen. Borg now lives in a quiet lake community in Arkansas where she devotes her time to writing, reading and, alas, cats that love her (she thinks).

Thanks to the emergence of the Indie author, Borg’s historical novel, Khamsin, The Devil Wind of The Nile, A Novel of Ancient Egypt (Book1 of 5 of the Legends of The Winged Scarab series) was published after a long gestation period (and a collection of rejection slips from agents and traditional publishers).

Despite the initial dampers, Khamsin became an Editor’s Choice and was short-listed for the Historical Novel Society’s Indie Award in 2014. Readers also awarded the novel the Indie BRAG Medallion, and rated it a Discovered Diamond on this Indie-supportive site.

There quickly followed four archaeological adventure stories in and around Egypt. While the fiction starts during the Arab Spring, interwoven in the action are many factual scenes; history in the making (although some predictions we wouldn’t want to become reality). 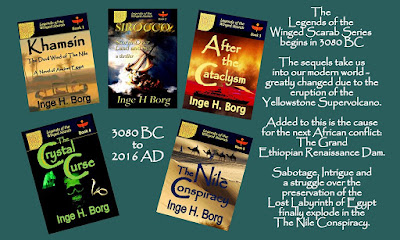 Check out the five “Fact in Fiction” segments on Borg’s Blog: http://devilwinds.blogspot.com/

Borg also wrote a few novellas, ranging from a woman who likes her wine too much to a book of poems and prose. And then, there is Edward – a charming conman who becomes a major pain throughout Books 2-5 of the Legends of the Winged Scarab series. (Inge insists none of these stories are autobiographical.)

For those of you who like animals – there is a short book about her cat Pasha, From Animal Shelter to a Sheltered Life; mostly amusing episodes when she was a shelter volunteer. 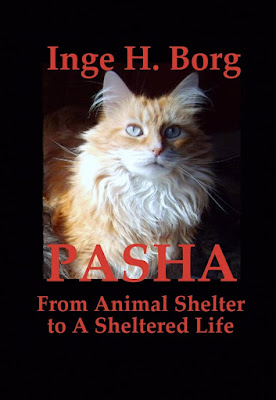 She does have an Animal Blog: http://ingehborg.blogspot.com/ 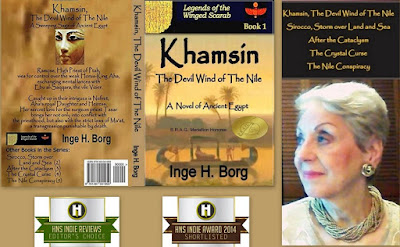 You can check all of Borg’s publications out on her Amazon Author Page:
Amazon-US
Amazon-UK 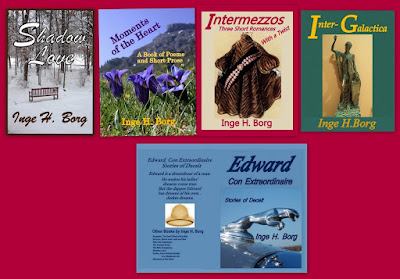