The Poseidon Network by Kathryn Gauci Reviewed by Helen Hollick 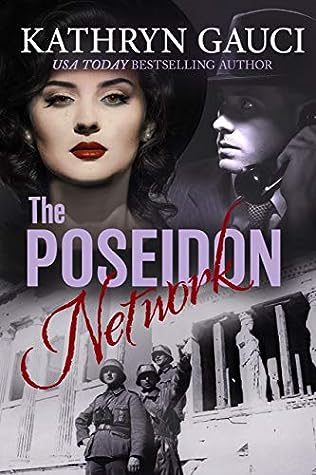 "Ms Gauci has a talent for describing her locations so well that you are transported there; like a fly on the wall you are immediately a part of what is happening"


“'One never knows where fate will take us. Cairo taught me that. Expect the unexpected. Little did I realise when I left London that I would walk out of one nightmare into another.' 1943. SOE agent Larry Hadley leaves Cairo for German and Italian occupied Greece. His mission is to liaise with the Poseidon network under the leadership of the White Rose. It’s not long before he finds himself involved with a beautiful and intriguing woman whose past is shrouded in mystery. In a country where hardship, destruction and political instability threaten to split the Resistance, and terror and moral ambiguity live side by side, Larry’s instincts tell him something is wrong. After the devastating massacre in a small mountain village by the Wehrmacht, combined with new intelligence concerning the escape networks, he is forced to confront the likelihood of a traitor in their midst. But who is it? Time is running out and he must act before the network is blown. The stakes are high."

It is always refreshing to read something about World War II that is not set in the more usual region of France or Germany. And even more refreshing when the story has a good plot, believable characters and is very well written.

Ms Gauci has a talent for describing her locations so well that you are transported there; like a fly on the wall you are immediately a part of what is happening at a Cairo cocktail party or holding your breath, back against a wall in a hidden spot in a souk, or trudging up a mountain path in Greece wary, scared, of what is around the corner...

Narrated first person by special agent Larry Hadley, from the opening paragraph I felt I was immersed in a breath-taking Humphrey Bogart/Lauren Bacall thriller movie. Ms Gauci's talent for writing the description of events and landscape is as superb as the tension she builds. The characters spring to life, the atmosphere is as real as the hot Greek sun.

Nor is this novel glamorised. The real Greek Resistance was populated by passionate people who believed in fighting for their freedom, regardless of the consequences if caught by the German or Italian occupiers. Danger, treason, death, was there at every step, and Ms Gauci portrays this very well. Her characters are ordinary people doing extraordinary things. Some of them survive, others do not.

For the reader, we are there, alongside Larry and the Resistance, aware of the danger, aware that somewhere there is a traitor about to betray us - and we turn each page with an eager, held breath wondering what is to happen next...

An excellent novel which will keep you reading into the early hours... and beyond.