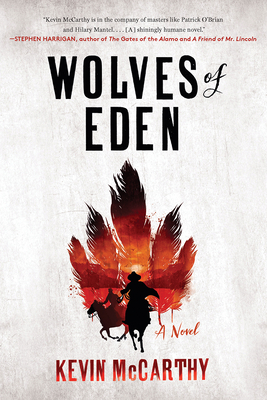 
"This novel was brilliant because it is nothing like those TV and Big Screen westerns. We have the Wild West, the Civil War, the army fort,  but there the similarity ends."

"The American Civil War may be over, but in this thrilling historical novel, the battle for the West is only just beginning. Dakota Territory, 1866. Following the murders of a frontier fort's politically connected sutler and his wife in their illicit off-post brothel, Lieutenant Martin Molloy and his long-suffering orderly, Corporal Daniel Kohn, are ordered to track down the killers and return with "boots for the gallows" to appease powerful figures in Washington. The men journey west to the distant outpost in a beautiful valley, where the soldiers inside the fort prove to be violently opposed to their investigations. Meanwhile, Irish immigrant brothers Michael and Thomas O'Driscoll have returned from the brutal front lines of the Civil War. Unable to adapt to life as migrant farm laborers in peacetime Ohio, they reenlist in the army and are shipped to Fort Phil Kearny in the heart of the Powder River Valley. Here they are thrown into merciless combat with Red Cloud's coalition of Native tribes fighting American expansion into their hunting grounds. Amidst the daily carnage, Thomas finds a love that will lead to a moment of violence as brutal as any they have witnessed in battle a moment that will change their lives forever."

The westerns on TV, usually dated back to the '60s and '70s (Bonanza, The Virginian, High Chaparell, Loredo, Gun Smoke...) and those of the Movies - True Grit, The Outlaw Josey Wales, Pale Rider, Big Country, The Magnificent Seven ... mostly follow the same pattern: hero white guy against the baddie Native Indian or evil gunslinger. The American white guy goodie, of course, always wins.

This novel was brilliant because it is nothing like those TV and Big Screen westerns. We have the Wild West, the Civil War, the army fort,  but there the similarity ends. This is a story of hardship, of emotions, prejudices and of people. You'll not find a clean-shaven, white shirted, manicured Hollywood version man among these pages, nor a coiffured, busty, platex-bra, blonde with lipstick immaculately in place.

The American Civil War was brutal and bloody. The land of the Western United States was unforgiving and harsh. The non-native men and women who started to settle Out West were tough and complex. Their situation was tough and complex. Life was tough and complex. Different religions, beliefs, morals, views, standards were all thrown together with the only common denominator being survival, and the author expertly explores all these along with his creation of some superb characters. Some are likeable, some are not. Some you're glad to see the back of, some you root for.

Throw in a murder to be solved and you have an intriguing and interesting novel to read.

Superbly written, but be aware that the novel reflects real life which includes scenes of cruelty, brutality and bad language. It's not a novel for the squeamish, but disregarding that, a highly recommended read.