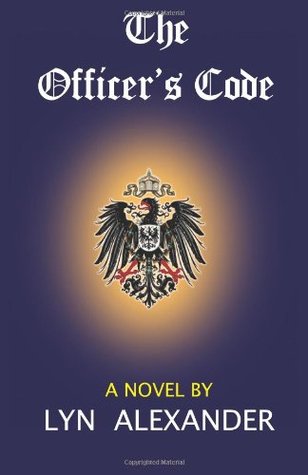 "historical fiction at its best, thoroughly researched with skilfully rendered exposition, well-rounded characters, and a couple to root for. "

"In 1912, failing at Cambridge reading Law, Eric Foster rebels against his father’s rigid plans for his future as a barrister. While searching to control his own destiny Eric falls in love with the daughter of a minor German baron. To prove his worth to Brigitte’s aristocratic family, he exploits the old family connections of his German mother to buy a commission in an elite Prussian cavalry regiment. By joining the most respected, most powerful stratum of Imperial German society, he opens the way to marry his beloved only months before the outbreak of World War One, the war to end all wars. As a new young cavalry officer caught by war, can Eric stay true to the powerful German Officer's Code of honour? And if he does, can he ever again go home to England?"

This is the first of four books in a series (1912 – 1918.) It follows the lives of Eric, the son of a British Lawyer and Britt, the daughter of a German baron. Eric’s mother is German. In 1912, Eric’s father removes him from Cambridge and sends him to Heidelberg to continue his law studies. Soon after arrival, Eric abandons the law and enrols in a cavalry training college. Falling out with his obdurate father, he changes his name to von Schellendorf (his mother’s maiden name), and graduates as a cavalry officer just in time for the advent of the First World War.

This is historical fiction at its best, thoroughly researched with skilfully rendered exposition, well-rounded characters, and a couple to root for. The author demonstrates a deep understanding and an intense feeling for the period which shines through in flawless prose.

Typically, chapters that cover military training can be boring, but under Ms Alexander’s expert pen, the training of an Engländer as a German cavalry officer makes riveting reading. The treatment of the War is outstanding. The pacing is brilliant, and there’s nothing forced or predictable about the storyline.

My only, very minor, criticism is that the author leaves one loose end, but maybe this is to be picked up and resolved in a later book in the series?

Ignoring that very small nit-pick, I would rate this author among the top ten that I have read. Highly recommended.