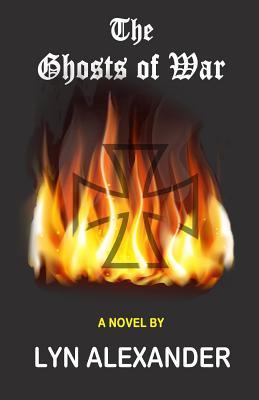 
Fictional Saga
WWII
#4 of a series

"A wonderful novel to complete the series. Highly recommended."

"Hitler’s war is over. Lieutenant-General Erich von Schellendorf of the German General Staff is a prisoner-of-war. Exhausted by the collapse of every aspect of his life, deeply disturbed that he could not moderate the utter destruction of Germany, his only reward is that he survived the most destructive war in history. But now that the guns have stopped, his country destroyed, his wife gone, Erich must ultimately answer a lonely conscience and face his personal ghosts of war."

Last Book of a Wonderful Series

At the end of World War II, General Eric von Schellendorf meets with his estranged brother, Colin, and is reconciled with his ex-wife when she finally faces the dark secrets of her past. Eric is subject to an American war crimes tribunal where the truth of his wartime activities in the German resistance and spying for the British cannot be used in his defence. His life is complicated by the presence of his British lover and a son that they share.

Once again, Ms Alexander has done a stellar job of research. Her marvellous writing style transports us to this distant and alien world with alacrity. The characterisation is skilfully done, with the scenes that switch from England to Germany very well complimenting the plot which has the reader's interest gripped from the start.

Book Four is an exciting read, well written, well presented, giving us drama and the inevitable conflict of human nature,  while portraying the consequences of war which can either tear people apart or bring them closer together.

Although a series, and it is always best to start a good series at the beginning, this last volume can just as easily be read as a stand-alone as the author provides enough background information to fill in the gaps.

A wonderful novel to complete the series. Highly recommended.